Ushna Shah wishes to be the Pakistani version of Kangana Ranaut 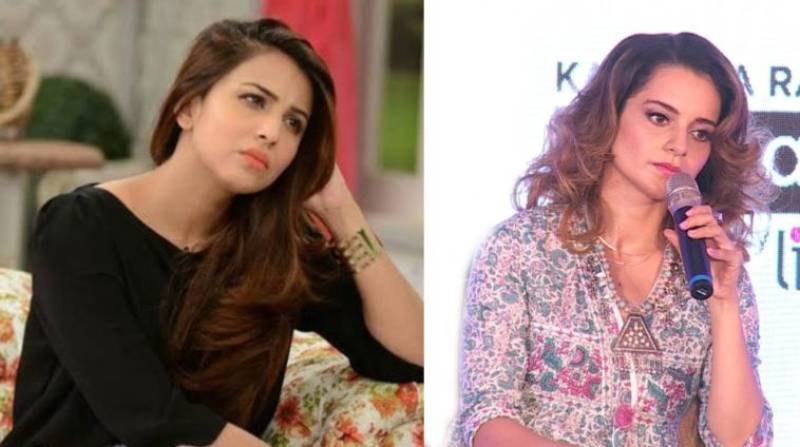 Pakistani TV actor Ushna Shah has always had the flair for saying things that have the potential to spark some controversy.

After Ushna Shah took to her twitter to ask a seemingly unimpeachable question about the international fame of Drilis:Ertrugul, she was met with the following response from a follower:

Ushna i think you will be future kangana raut of Pakistan 😅

To which the actress replied by saying that she would like to Pakistan’s version of Kangana Ranaut.

I wish! She’s a brilliant actress.

Ushna's response didn't sit well with her fans and followers. Here's what they had to say:

Ertugrul series is most impressive series of the century e much needed for today. All muslims should follow them and raise the flag of Islam in whole world , there is no need to impress with fake actor or actresses of Bollywood.

Be halima not kangana

Have more to add to the stories? Comment below and stay tuned for more!