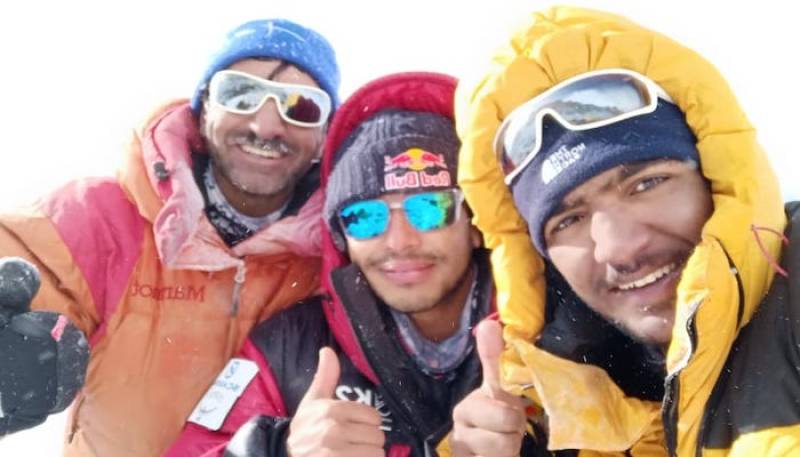 Famed mountaineer Ali Sadpara’s son Sajid Sadpara on Thursday announced that he will summit the K2 once again to make a documentary on his father and also to find out his body.

He expressed these views while addressing a press conference.

Announcing his plans to to start climbing the world’s second-tallest mountain from tomorrow, Sajid said that he wanted to go to K2 to know what happened to his father and John Snorri.

“I am going to attempt to summit the K2 from tomorrow. My father went to K2 this year but did not return,” said Sajid.

The mountaineer said that he and his team, on their journey to the top of K2, plan to make a documentary on the first Pakistani man that scaled the mountain.

“A documentary on the life of Jon Snorri and Ali Sadpara is in the making. [I hope] go to K2 to search [the dead body] and make a documentary,” said Sajid, adding that it may take him and his team 40 to 45 days to summit the peak.

Sadpara, Iceland’s John Snorri and Chile’s Juan Pablo Mohr had departed for their journey to scale the K2 mountain on February 3 after Sadpara’s birthday, asking fans and admirers to “keep us in your prayers”.

They had started their attempt for the final summit in the early hours of February 5, hoping to accomplish the herculean feat by afternoon.