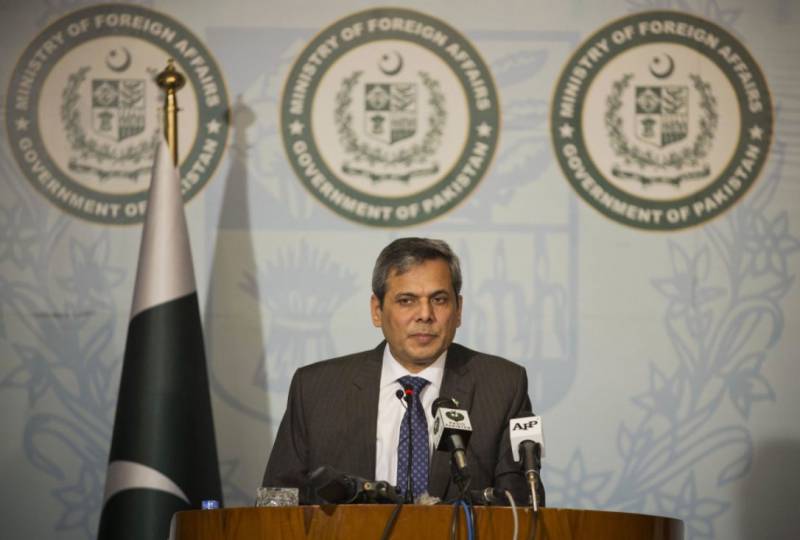 ISLAMABAD - The Forei­­gn Office said on Thursday that Pakistan was forcefully raising the issue of targeting of civilians by India on the Line of Control (LoC) and gross human rights violations in occupied Kashmir with important countries.

Addressing a weekly briefing, Foreign Office spokesman Nafees Zakaria said that Pakistan was deeply concerned over Indian atrocities in held Kashmir as well as its targeting of civilians on the LoC.

He said India was resorting to unprovoked firing on the LoC in order to conceal its atrocities in the held Valley which in fact had attracted world attention.

He said that over 150 people had so far been killed by Indian troops in the Valley while more than 1,000 had also been blinded, either partially or completely, there.

The spokesman said that Pakistan had retaliated to the Indian firing, but it was the endeavour of “our troops not to target the civilians but only their posts”.

He said that Indian spy Kulbhushan Jadhav had admitted to the nefarious designs India harboured against the China-Pakistan Economic Corridor project.