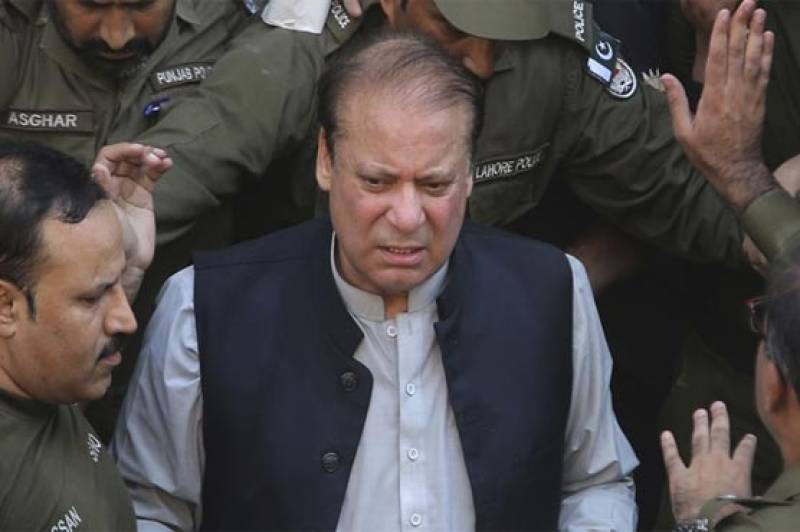 A two-member bench, headed by Justice Baqar Najafi, heard the petitions filed by the former chief minister Punjab Shehbaz Sharif seeking the release of his brother from the custody of the National Accountability Bureau (NAB). Approving the plea, the court has ordered the defendant to deposit two surety bonds for Rs10 million each for the bail.

The former PM was arrested in the Chaudhry Sugar Mills case on October 11, 2019, by the anti-graft body. The PML-N supremo was on the judicial remand when he was brought to Lahore's Services Hospital Monday night after his health deteriorated. The medical team has diagnosed him with acute ITP and the treatment is continued in the hospital

The court has ordered that the defendant deposit two surety bonds for Rs10 million each for the bail.

After the order was passed, the former chief minister said that Nawaz Sharif was seriously ill and asked the nation to pray for his health.

Shehbaz added that the bail of Nawaz's daughter, Maryam Nawaz, should also be approved on medical grounds.

According to NAB, the accused is involved in money-laundering for purchasing shares of Chaudhry Sugar Mills. Earlier, on August 8, NAB had arrested PML-N Vice President Maryam Nawaz in the same case.