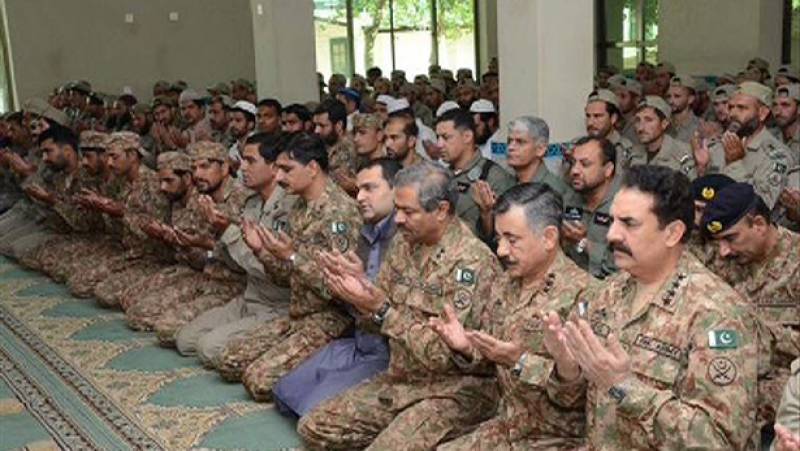 The COAS commended every soldier for spending their Eid in the line of duty for a greater cause of defence of motherland.

Army Chief was briefed by operation commander on the ongoing Operation Zarb-e-Azb. He expressed his complete satisfaction over achievements of the operation so far.

While appreciating the high state of morale of troops, General Raheel paid them rich tributes for their outstanding achievements in Operation Zarb-e-Azb .

He said with entire nation standing behind Armed forces in their fight against terrorism, Pakistan is bound to defeat all internal and external perpetrators of terrorism.

We must focus on a whole of nation response to deny opportunities to prevent any organised activity by enemies of state.

COAS emphasised the need to work at all levels on preventing terrorists from establishing bases across border and infiltrating into Pakistan.

COAS reiterated we must not forget our martyrs and their families while celebrating Eid.

Earlier on arrival at Khyber Agency, he was received by Peshawar Corps Commander, Lieutenant General Hidayat Ur Rehman.