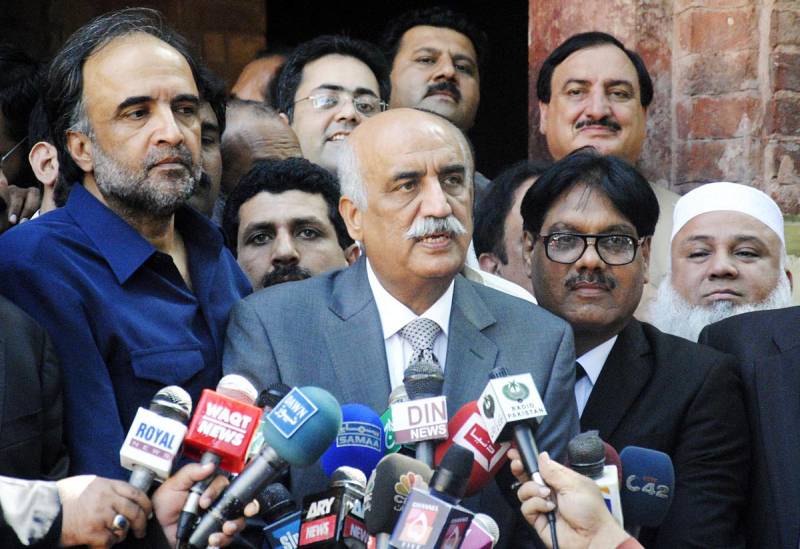 SUKKUR - Leader of the Opposition in the National Assembly Khurshid Shah assailed Pakistan Tehreek-i-Insaf for seeking Muttahida Qaumi Movement's support in a bid to oust him while appreciating the decision of former premier Nawaz Sharif to return to Pakistan.

Talking to newsmen in Sukkur on Monday, the PPP leader noted that he was working honestly for more than four years and was proud of his performance, but hastened to add that if there was someone better for the post of the opposition leader, he would not raise any objection over his appointment.

He also berated PTI for a change of stance regarding the MQM adding that it was disgraceful for PTI to enlist the support of MQM.

"PTI should first apologize to MQM for levelling accusations against it in the past," he maintained.

Expressing his views about the upcoming chairman of National Accountability Bureau (NAB), the legislator said there is a criteria mentioned in the Constitution of the Islamic Republic of Pakistan to appoint the NAB chairman, and it is mutually done by the federal government and the opposition leader.

"If both the parties reach to fail any consensus, the matter would be referred to a 12-member committee," he declared.

Shah added that his party will continue to play its positive role for strengthening democracy in the country, and will not be involved in any 'drama'.