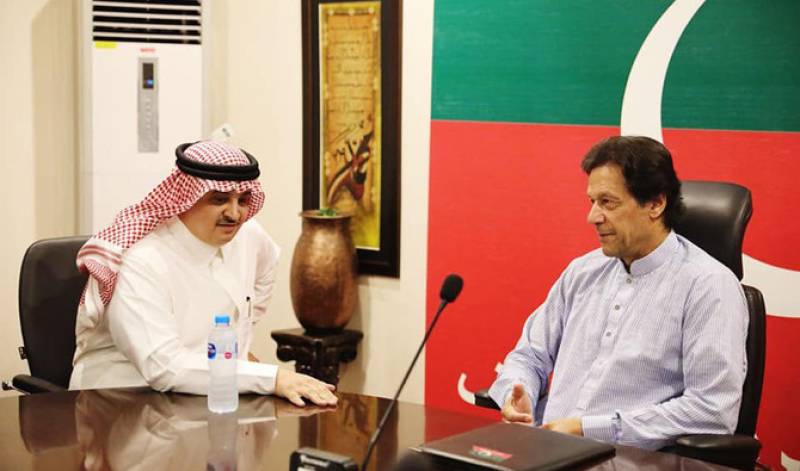 ISLAMABAD - Saudi Ambassador to Pakistan Nawaf bin Said Al-Malki on Monday said Prime Minister Imran Khan’s decision to choose Saudi Arabia as the destination of his first official visit abroad after  assuming the office reflected the sincere intention of the new government to work with Saudi Arabia  and that the Kingdom was Pakistan’s first and foremost strategic ally.

The Ambassador expressed these views in his remarks at a ceremony he hosted here at the Embassy of Saudi Arabia to commemorate the national day of Kingdom.

Ambassador Nawaf said Saudi-Pak relations were characterized by its strength and durability as those were deeply rooted since more than seven decades after the independence of Pakistan.

“These historical ties of strategic depth are based on the principle of brotherhood and religion,” he added.

“There are more than two and a half million Pakistan brothers living in the Kingdom and contributing in our revitalization and prosperity,” he added.

The Saudi Ambassador along with the guests cut a special cake to mark the national day of the Kingdom. A photo exhibition was also organized on the occasion. Traditional Saudi dance was also presented.