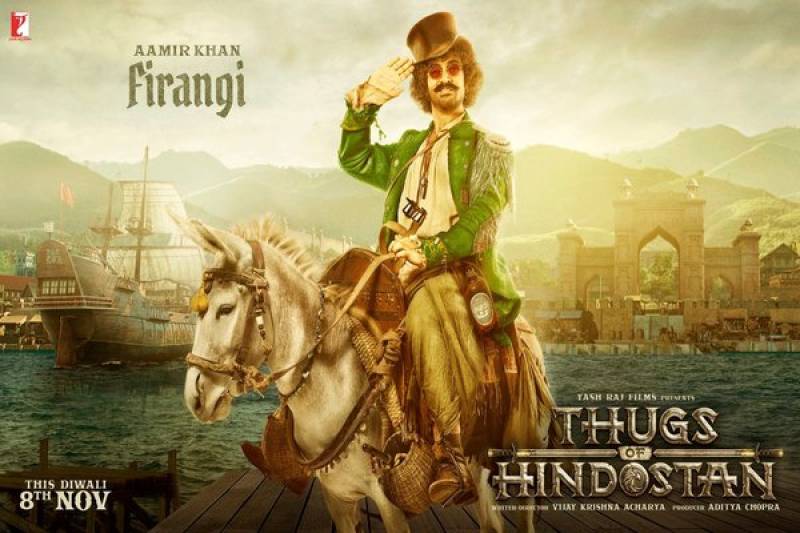 MUMBAI - Thugs of Hindostan has been making waves all over ever since the film was announced. The fact that the mega action entertainer will bring Aamir Khan and Amitabh Bachchan together on the big screen for the first time was enough to get the movie fans excited.

Now when the film is less than two months away from its theatrical release, the hysteria around it is at zenith.

While the main cast of the film is comprised of talented stars but prior to the release this movie of Aamir Khan poster seems to have a sheer resemblance to the Johnny Depp-Penelope Cruz starrer Pirates of the Caribbean.

Aamir shared the film’s poster on his social media account saying: “To see me on a poster with Mr. Bachchan is a dream come true for me. I still can't believe it.”

As soon as the movie production revealed the poster, social media users started trolling the cast and many considered it as a plagiarised work by Bollywood.

Is #ThugsOfHindostan the official remake of #PiratesOfCarribean
So much similarity !! Can it be a conincidence.
Anyways I hope this movie does not have a usual Bollywood plot and pace. It needs to be a pacy thriller. pic.twitter.com/SIsPG0Z3M1

this movie seems like another copy from #hollywood. Poster is quite similar to Pirates of the caribbean.

Aamir is known to make films with his own ideas and his movies from the past had a great impact on the audience but this time the scenario is different and we hope this is just hype and the film is not similar to the blockbuster Hollywood movie.

Thugs of Hindostan is all set to release this November 8, 2018.