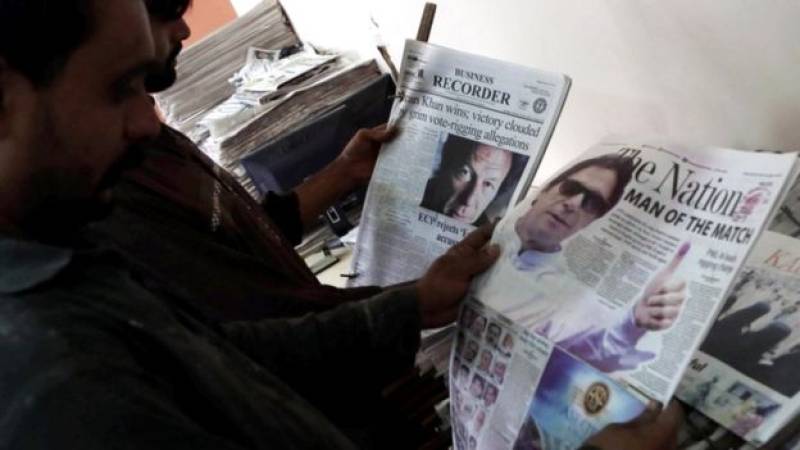 ISLAMABAD - The All Pakistan Newspapers Society has expressed its grave concern on the formation of a Content Committee for prior approval of all advertisements to be released to media, requesting Prime Minister Imran Khan to personally intervene in the matter.

The committee, formed by the federal government, includes information ministers of Punjab, Khyber Pakhtunkhuwa, Balochistan and special assistant to prime minister on media Iftikhar Durrani and Senator Faisal Javed Khan, according to a notification issued on September 17 (Monday).

Minister for Information Fawad Chaudhry will himself head and monitor the committee to approve the advertisements being released to media by the provincial and Federal governments.

The notification signed by the minister stated: “no advertisement should be released to print or electronic media by the provincial or federal governments without prior approval of the committee.”

In a statement, the APNS said it “considers this as a surgical strike which would perish the independence and viability of media and would be used as a lever to curb press freedom in the country”.

“The action is contrary to the assurances of PTI government for not only upholding press freedoms but also on devolution of power to provincial and district level. It is regretted that through this action, the Federal Government has initiated a policy to control print and electronic media through over centralization of advertisements which is the backbone of the media’s economy,” the statement added.

It further read that “the APNS believes that this is actually an encroachment on the powers vested in the provinces under the Constitution of Pakistan. The APNS has questioned the intention of the Federal Government as to whether it actually believes in devolution of power or not.”

“The APNS is of the considered view that only a financially and vibrant media can perform the role of a free and objective watchdog of the interests of the people of Pakistan and safeguard the democratic norms in the country.”

The top newspapers body stated that ever since the induction of the PTI government the quantum of the advertisements released by federal and provincial governments has declined drastically thus causing acute financial crunch and dent to the economy of newspapers particularly the regional and smaller press.

“This action will result in downsizing and consequent unemployment in many media establishments,” warned the APNS, urging upon the federal government to safeguard the interests of media and immediately withdraw its policy of over centralization and controlling release of advertisements and to let the media play its role in the democratic dispensation of the country.