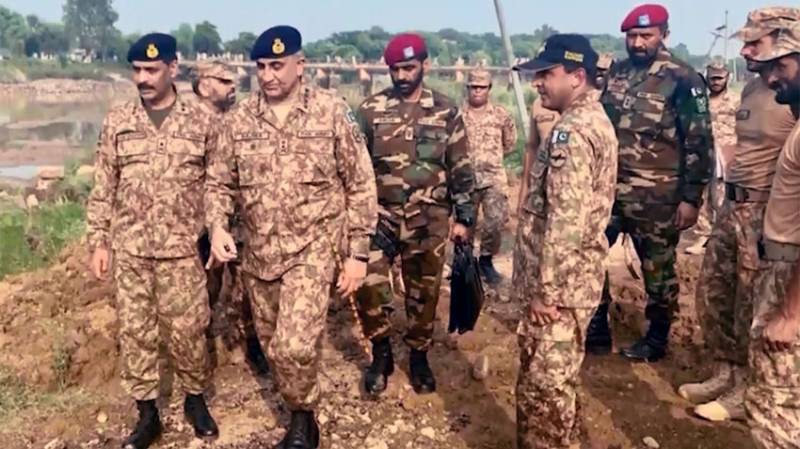 At least 37 people were killed and nearly 500 injured in the devastating earthquake that shook Azad Jammu and Kashmir, Punjab, and Khyber Pakhtunkhwa province on Tuesday. Tremors were also felt in nearly all major cities across northern and central Pakistan.

Earlier on Wednesday, the NDMA chairman, while visiting the affected areas, lauded Pakistan Army’s timely relief and rescue efforts. He said the troops had started repair work on damaged roads. “By tomorrow, small vehicles will be able to use the roads that were affected by the earthquake.”

The NDMA chief assured that 1,000 food aid packages will reach the affected area soon and tents will also be provided to those whose houses were damaged or destroyed in the calamity.

Jatlan road, a major thoroughfare of the area, is now reportedly open for traffic while the main highway and several bridges have been damaged in the quake and are not open for commute.

Widespread power outages have also been reported from the area as local infrastructure, including transformers and electric poles, has been significantly damaged.

Meanwhile, the earthquake aftershocks have continued to jolt Muzaffarabad and its adjoining areas, day after tremor of 5.8 magnitude hit parts of country.

As per details, the aftershocks in Neelum Valley, Jhelum and Bagh have created an environment of fear among locals.