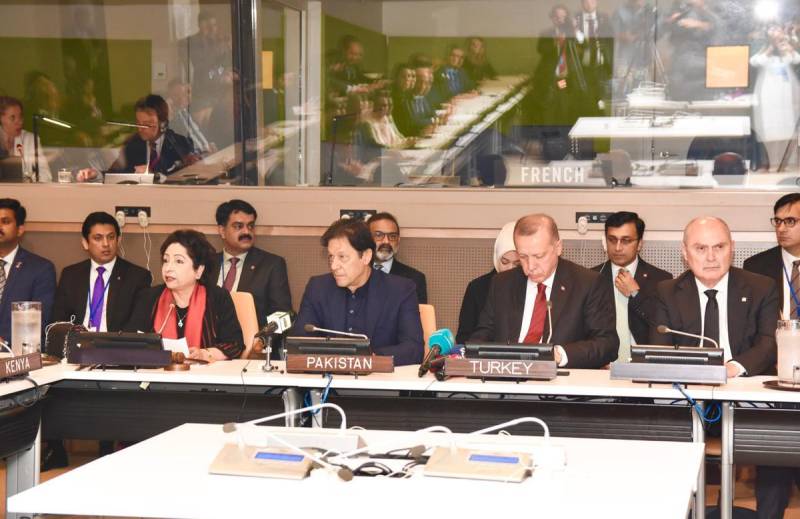 He was speaking at a high level roundtable discussion on "Countering Hate Speech" jointly organized by Pakistan and Turkey at UN Headquarters in New York on Wednesday.

Noting the growing incidence of discrimination and violence based on religion and belief, PM Imran underscored the importance of addressing both the drivers and consequences of these phenomena.

He cautioned against attempts to denigrate revered personalities and scriptures cloaked in the right to freedom of expression and opinion.

Imran Khan said marginalisation of any community leads to radicalisation. He added that religion has nothing to do with terrorism.

Commenting on worst human rights situation in Occupied Kashmir, President Erdogan said Kashmir has been turned into an open prison and we fear blood shed there.

He also expressed condolence over the tragic loss of life in earth quake in Mirpur and other parts of Pakistan.