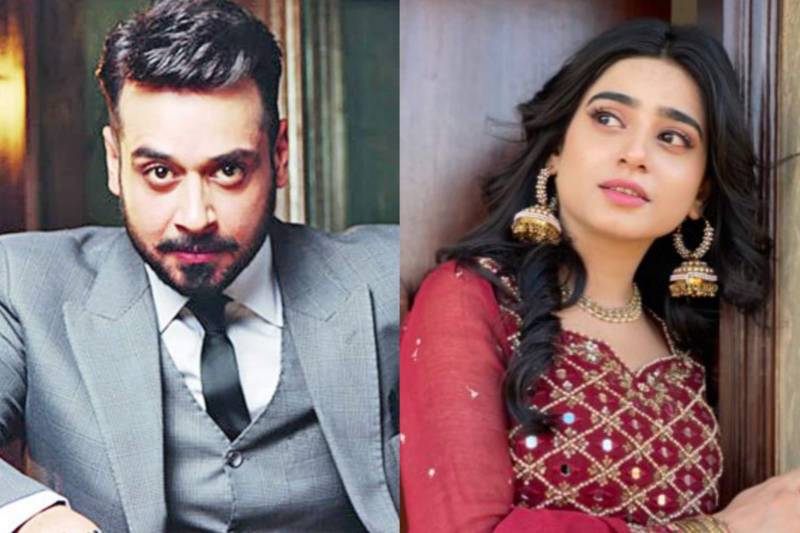 Rising star of Lollywood Sehar Khan is becoming the centre of attention with her jovial personality and dedication to her work.

The Fasiq actress joked about Quraishi's bright orange-coloured shirt which, according to Khan, resembled a school uniform, as she asked him "where is your school bag?"

Quraishi, who was apparently wearing a tie with an orange shirt and shorts underneath, laughed at the camera and walked away.

Khan captioned the video, "There is a child missing, whoever he belongs to should contact. (translated in English)"

Quraishi on the other hand is the recipient of more than 20 nationally recognized awards, recently appearing in Dil-e-Momin.