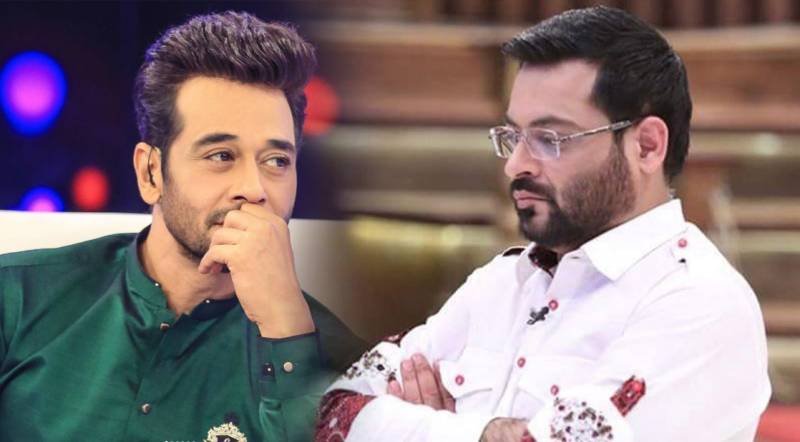 KARACHI – Pakistani actor and TV host Faysal Qureshi has lamented the heedless behaviour of people, mostly celebrities, for not attending the funeral of Aamir Liaquat Hussain who was laid to rest in Karachi on Friday.

In an Instagram story, the Fitoor star said that people only care for the sake of social media persona.

The 48-year-old mentioned that posting someone’s death is the new normal as people don’t care in real life. 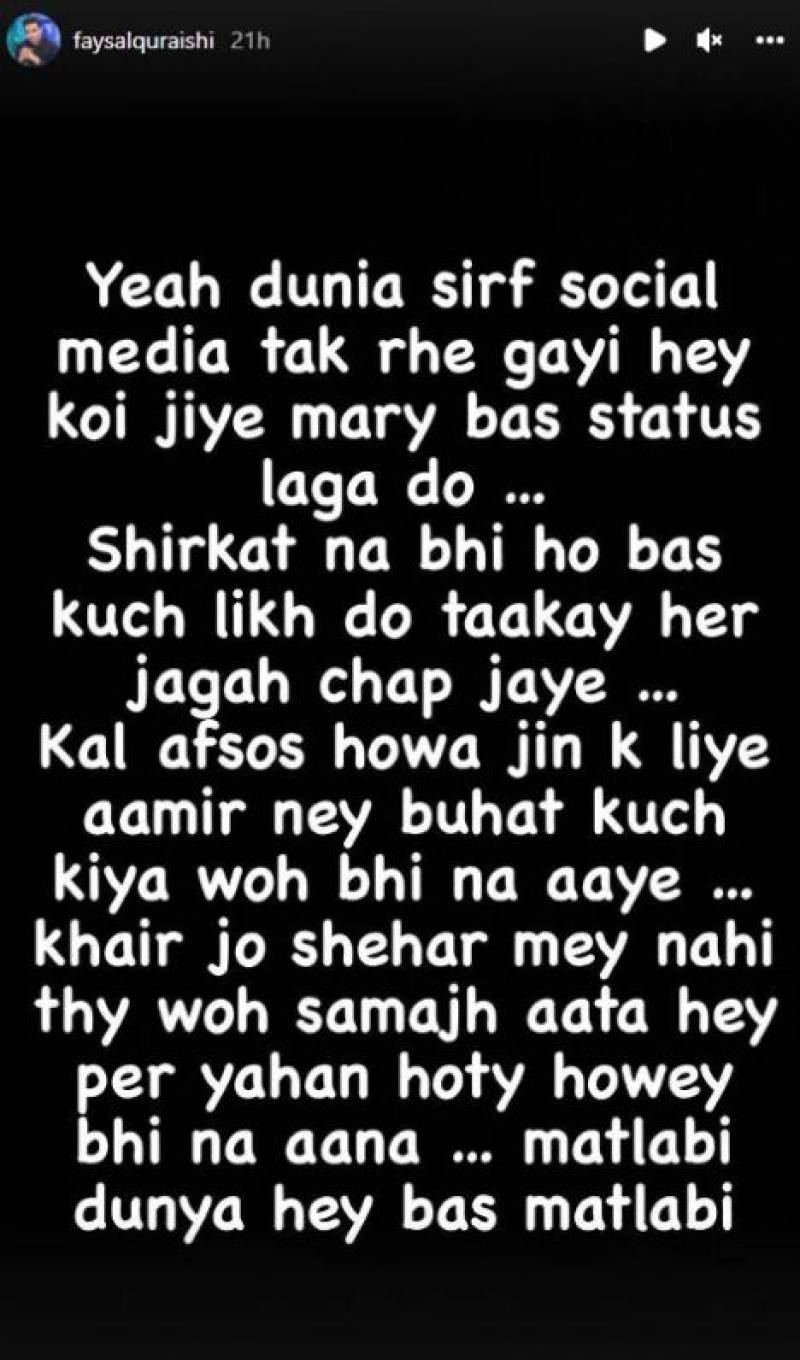 He called the situation heartbreaking, saying it was very sad to see that Aamir did so much for some people and they could not even make it to the funeral.

He, however, noted that those who were not in the town had a valid reason. But, he added, those who were here and missed it intentionally actually lacks sympathy.

Quraishi expressed his views on the dilemma a day after many celebrities have expressed shock, and grief and offered condolences to the family.

The country’s prominent TV host passed away aged 50 after being found unconscious at home in the port city. He was taken to hospital but pronounced dead on arrival.

KARACHI – Former PTI MNA and popular TV host Dr Aamir Liaquat Hussain passed away at the age of 49 on ...