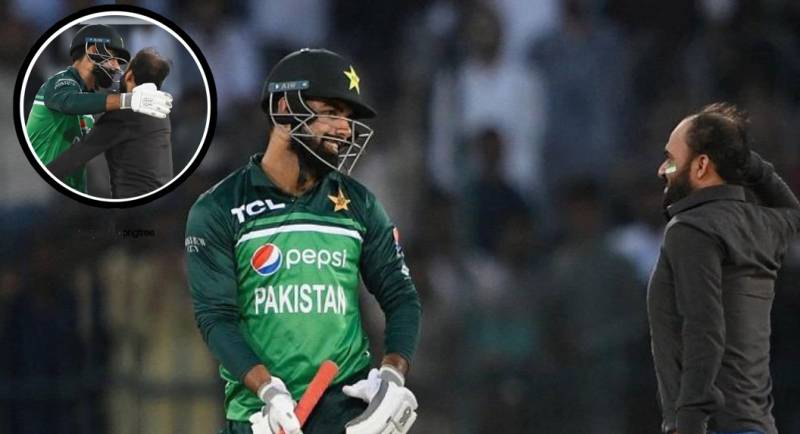 MULTAN – A pitch invader who came out to salute Pakistani all-rounder Shadab Khan was booked after Multan police lodged a case for disrupting the second ODI between Pakistan and West Indies.

Reports in local media said the case was registered at Makhdum Rashid police station under sections 188 and 452 on behalf of the state through a police officer.

The FIR reads that Mohammad Waqas Ashraf barged into the ground near gate number 3, he saluted and hugged Shadab Khan on the field during the 39th over of the Pakistan innings. Law enforcers maintained that Waqas committed a cognizable offence.

The diehard fan of the Pakistani player was also spotted as he was taken into custody by security personnel.

Meanwhile, Shadab wins the internet with his heartwarming gesture, as he hugged Waqas.

Shadab Khan fan enter in the ground and hug him.
Best moment 😍.
Video of the day.#PAKvWI pic.twitter.com/c51kmIXfMl

The moment between the two drew applause from the fans on social media. Some users called it the best moment of the game that was clinched by the hosts.

MULTAN – Pakistan on Sunday clean sweeped the ODI series against West Indies 3-0 after a 53 run-victory (DLS ...