30 Indian soldiers charged over killing of civilians during Nagaland operation 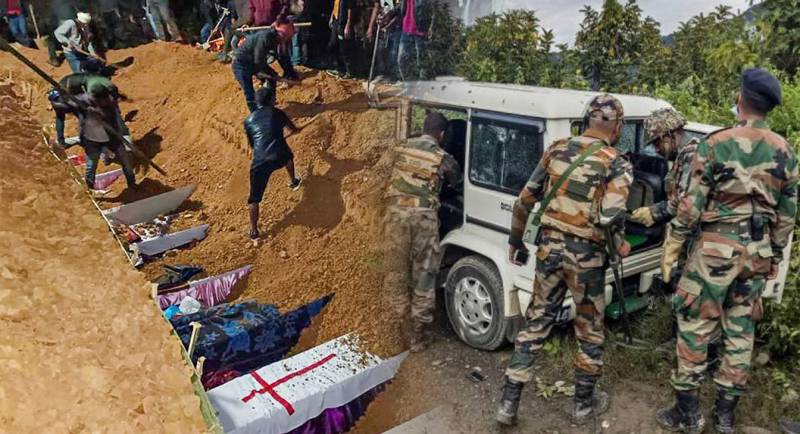 KOHIMA – Thirty Indian soldiers were charged with the murder of several civilians that were killed during a botched raid in the north-eastern state of Nagaland last year.

The police chief of the remote area told the media that the probe revealed that troops led a major had not followed the standard operating procedure and the rules of engagement, adding that army officials had resorted to disproportionate firing.

Indian army spokesman has not responded when asked about the development while defence ministry official in the Indian capital said the case has been placed before Indian courts for a final order.

Law enforcers started a joint investigation after the brutal killing of 13 members of the Konyak tribe in December last year. Troops, however, claimed that they mistook the group of laborers for militants entering from the other side of the border.

Survivors told media correspondents that the armed forces gave no warning before the firing bullets.

Among the deceased was also the president of the local village church’s group, who was doing seasonal work at the coal mine.

NEW DELHI – At least 13 people, all coal miners, were killed by Indian forces in an alleged incident of mistaken ...

Nagaland is one of the many Indian states which have launched insurgency and separatist activities accusing authorities of plundering resources.