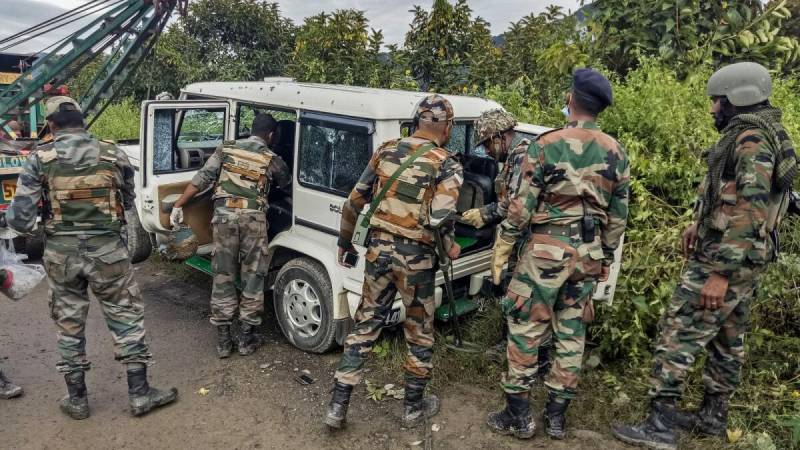 NEW DELHI – At least 13 people, all coal miners, were killed by Indian forces in an alleged incident of mistaken identity in northeast remote region of Nagaland, which borders Myanmar, local media reported Saturday.

Following the outcry, the Indian army termed the killing of Nagaland civilians unfortunate, while the state government ordered a special team to probe the tragic incident.

A statement issued by forces said the army 3 corps deployed in the region takes responsibility for the killing of the civilians and assuring appropriate action.

BREAKING: India forces killed 13 civilians near Myanmar border in Nagaland during a counter-insurgency operation. A soldier also killed during the operation, Home Minister Amit Shah said a Special Investigation Team appointed by the state will probe the matter.

Members representing the Konyak community in the district said all deceased were coal miners who were returning home to Oting village in a pick-up when the Indian armed forces personnel ambushed their vehicle and killed six on the spot.

Seven others died later, at least 11 others are battling injuries while two are still missing, reports quoting union members said. Army officers claimed that the troops opened fire at a truck, killing six people, after receiving intelligence about a movement of insurgents in the area.

Following the incident, angry locals attacked the Indian forces and damaged their vehicles. Security forces also suffered injuries in the incident, including one soldier who succumbed after the attack.

Indian home minister and BJP leader Amit Shah has also expressed condolences over the heinous killing and said the state government would investigate the matter.

Locals in the Indian remote region have frequently accused the Indian armed forces of targeting innocent civilians in their operations against rebels.