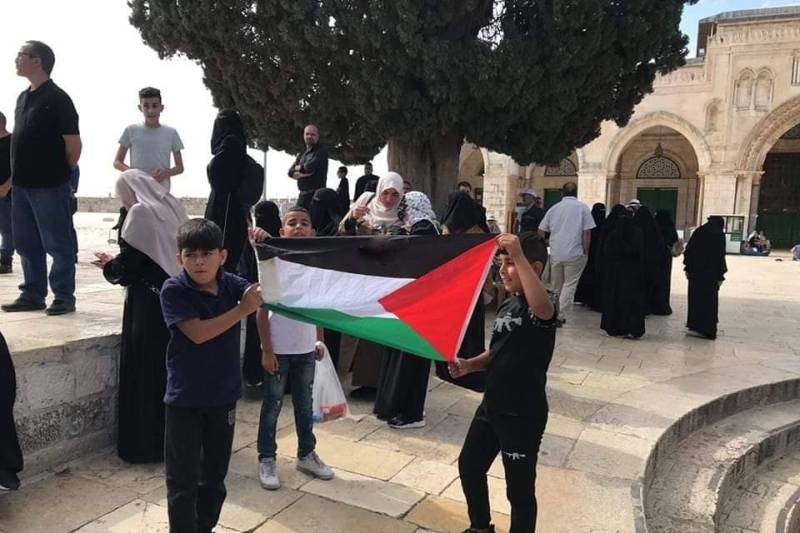 WEST BANK – A couple of weeks after a controversial ruling by a top Israeli court, some 1,200 Palestinians in the occupied West Bank region of Masafer Yatta face the risk of forced removal to make way for an army firing zone.

The move comes after a decades-long legal battle ended last month in Israel’s highest court and opened the way for one of the largest displacements since Israel captured the territory in the 1967 Middle East war. However, residents are refusing to leave, hoping their resilience and international pressure will keep Israel from carrying out the evictions.

“They want to take this land from us to build settlements,” said Wadha Ayoub Abu Sabha, a resident of Al-Fakheit, one of a group of hamlets where Palestinian shepherds and farmers claim a historic connection to the land.

“We’re not leaving,” she said.

In the 1980s, Israel declared the area a closed military zone known as “Firing Zone 918.” It argued in court that these 3,000 hectares (7,400 acres) along the Israel-West Bank boundary were “highly crucial” for training purposes and that the Palestinians living there were only seasonal dwellers.

“It has been a year of immense grief,” said Abu Sabha, her voice breaking as she sat in one of the few tents left standing, lit by a single light bulb.

The communities in this part of the South Hebron Hills traditionally lived in underground caves. Over the past two decades, they have also started building tin shacks and small rooms above ground.

Israeli forces have been demolishing these new constructions for years, Abu Sabha said, but now that they have the court’s backing, the evictions are likely to pick up.

Steps away, her family’s belongings were reduced to a pile of rubble after soldiers arrived with bulldozers to raze some of the structures. She lamented the significant losses — the dwindling livestock even more than the destroyed furniture.

Much of the argument during the protracted case centered on whether the Palestinians who live across the area are permanent residents or seasonal occupants.

The Supreme Court concluded that the residents “failed to prove their claim of permanent habitation” before the area was declared a firing zone. It relied on aerial photos and excerpts from a 1985 book that both sides cited as evidence.

The book, titled “Life in the Caves of Mount Hebron,” was authored by Israeli anthropologist Yaacov Havakook, who spent three years studying the lives of Palestinian farmers and shepherds in Masafer Yatta.

Havakook declined to comment and instead referred to his book. But he said he had tried to submit an expert opinion on behalf of the residents following a request from one of their lawyers, and was prevented from doing so by the Israeli defense ministry, where he was employed at the time.