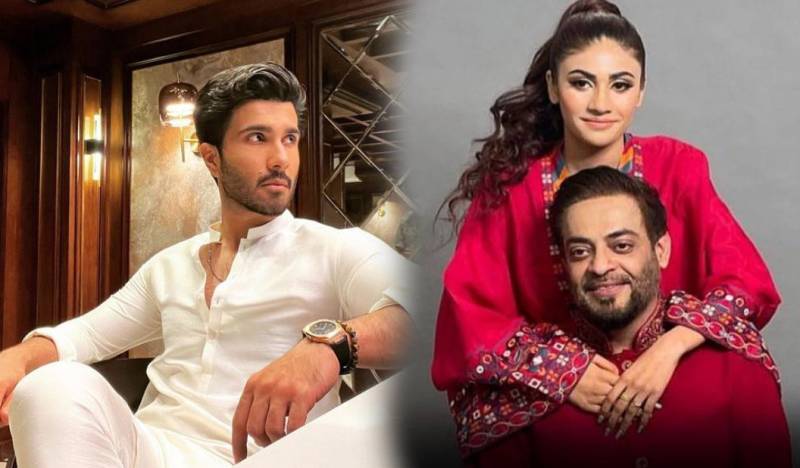 KARACHI – Pakistani actor Feroze Khan has reacted to the death of late televangelist and politician Aamir Liaquat who passed away weeks after his indecent videos were leaked allegedly by his estranged wife Dania Shah.

The self-declared scholar always bounced back from controversies but he was subjected to online hate this time and was reportedly heartbroken as his teenage wife allegedly leaked his private videos. He even announced leaving Pakistan forever.

As a debate over his sudden death continues, actor Feroze Khan expressed his views on what he considered as the reason behind Aamir’s demise.

Taking to his Instagram, the Ishqiya star wrote: “What Killed Aamir Liaquat? The Depression after his wife Dania secretly filmed and leaked his nudes while they were legally husband and wife”.

He also questioned that “if the late politician had done the same to his teen wife then Aurat marchers would have rallied across the country.”

Aamir reportedly distanced himself from all his relatives amid disturbing events in recent times as he was disturbed and was in a state of shock.

Meanwhile, Dania, who earlier shocked everyone with a startling revelation about Aamir, claimed that the duo had reconciled, saying she didn't know he [Aamir] would leave me like this.

She mentioned forgiving his husband for wrongdoings, saying there's no ill will between a husband and his wife. We had gone through our hardships and things were finally going towards a reconciliation. We didn't know this would happen.