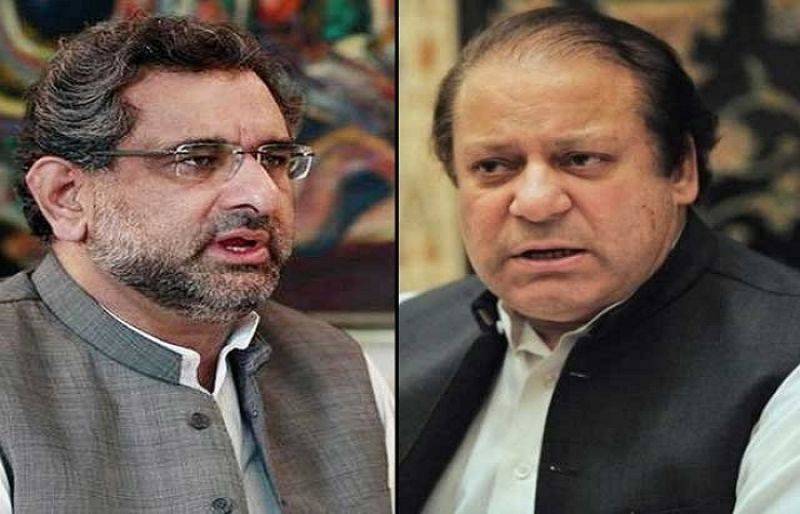 A bench, headed by Chief Justice Mian Saqib Nisar, also declared the petitions against them ineffective and ordered to dismis the cases.

The petitioner had pleaded the court that PM Abbasi spoke against the judiciary following the disqualification of Nawaz Sharif in Panamagate case.

In response, the Chief Justice remarked that Abbasi had given statement regarding ongoing corruption references filed by the National Accountability Bureau (NAB) against members of Sharif family.

How a statement regarding NAB does references come under contempt of court, the top judge enquired. Therefore, the court dismissed the petitions.

Earlier in March, the apex court dismissed a slew of contempt of court petitions filed against the embattled Nawaz Sharif and federal ministers Daniyal Aziz and Khawaja Saad Rafique.

The petitions were filed by Sheikh Ahsanuddin, a member of the Justice and Democratic Party, against the Pakistan Muslime League – Nawaz bigwigs.

ISLAMABAD - As the Supreme Court of Pakistan is seized with various contempt of court cases some against sitting ...

“We may interpret Article 204 of the Constitution independent of the provisions of the contempt of court ordinance (COCO) 2003 in a way that the sentence awarded to a guilty of disrespecting courts would continue till he purges before the court”, remarked the chief justice on Monday while hearing a case regarding roughing up former chief justice of the apex court Iftikhar Muhammad Chaudhry by police on March 13, 2007.

The Article 204 read with COCO, 2003 authorises the top court to start proceedings against individuals for scandalising courts. The court can award the maximum six-month jail term or a fine up to Rs100,000 by invoking Section 5 of COCO, 2003.

There was a possibility the court might opt to send anyone to prison for an indefinite period, Express Tribune reported.