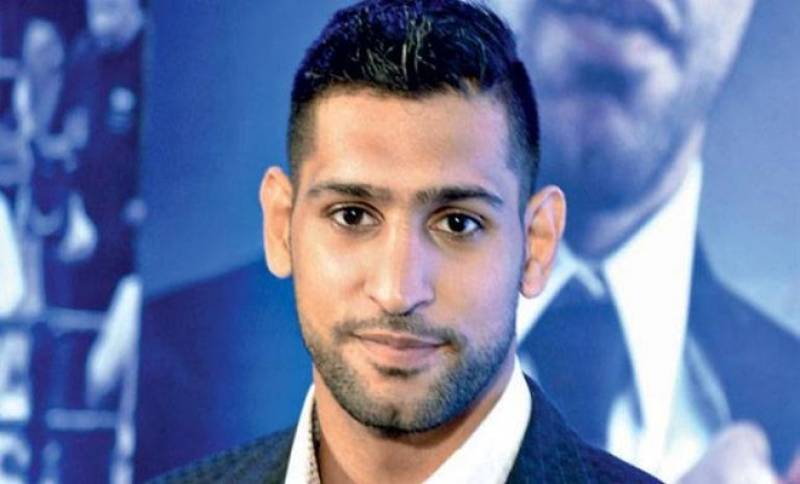 LONDON - Pakistani-born British boxer Amir Khan said on Saturday that he will visit the heavily militarized Line of Control after arriving in Pakistan next week.

In a tweet, the boxer expressed concern over the violation of human rights in Indian-held Kashmir and said: “a lot of innocent people are suffering”. He thanked Pakistan’s military spokesperson Major General Asif Ghafoor for facilitating his visit.

“This trip to Kashmir will be for peace,” Khan said in a video message. “I see that there are a lot of problems there... a lot of innocent people are being killed.”

The boxer also praised the Pakistan Army for “doing a great job” and said he wants to go to Kashmir to express his support for the people of Kashmir.

Next week I am visiting Pakistan, Line of Control(LOC) on a humanitarian visit to raise my voice for peace, as a lot of innocent people are suffering. Thank you @officialdgispr for the opportunity #UNcharter #kashmir #peace

I’m visiting Pakistan, Line of Control( LOC), to make my voice heard, bring greater awareness to the terrible situation in Kashmir and call for peace @UN charter Thank you @officialdgispr for the opportunity

India ended on August 5 the autonomous status of the Muslim-majority Kashmir region, where a 30-year-old uprising against Indian rule has killed tens of thousands of people, mostly civilians.

Hours before its move, New Delhi curtailed movement and shut down phones and the internet, bringing in tens of thousands of troops to turn the main city of Srinagar into a fortress.

Several Indian and Pakistani soldiers have been killed in skirmishes along the heavily militarized Line of Control, forcing global powers to intervene.

The UNSC on August 16 also held a meeting on Kashmir in nearly 50 years. The UNSC members asked both Pakistan and India to refrain from taking unilateral actions.

US President Donald Trump is also trying to mediate the Kashmir dispute between Pakistan and India. He has spoken to both PM Khan and Prime Minister Narendra Modi over the issue and encouraged them to hold talks.