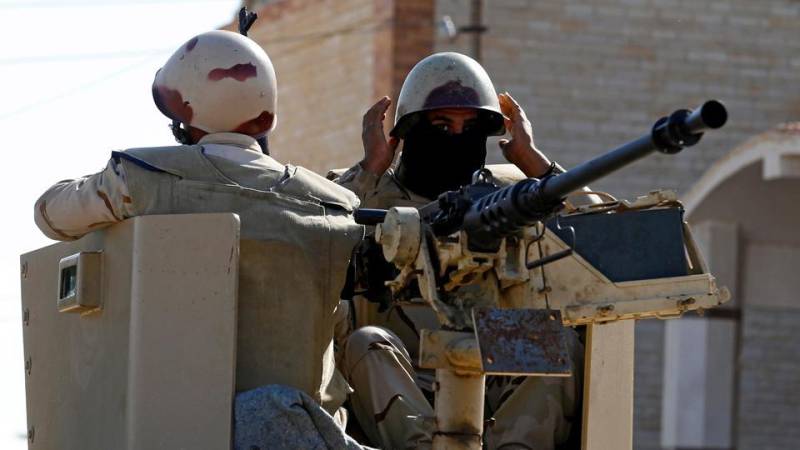 The executions were carried out at two prisons in the north of the country early on Tuesday, the sources said.

A military court issued the sentences and interior ministry officials carried out the executions simultaneously at Borj al-Arab and Wadi al-Natroun prisons, the sources said.

Most of the militants were from Sinai region and were accused of "joining militant groups and taking part in carrying out, planning and assisting in killing a number of army and police personnel in Sinai," the sources said.

Tuesday’s executions in two prisons in the west and northwest of Cairo is the largest known number of executions on a single day since the insurgency began four years ago in the turbulent north of Sinai.

The 15 were tried and convicted by a military tribunal over the 2013 attack that killed an army officer and eight conscripts.

The executions of so many on a single day appear to be a reflection of the government’s recently declared resolve to crush the insurgency following the massacre by militants of more than 300 people in a Sinai mosque last month.