What is National Command Authority, and why PM Imran has called its meeting after Indian incursion into Pakistan? 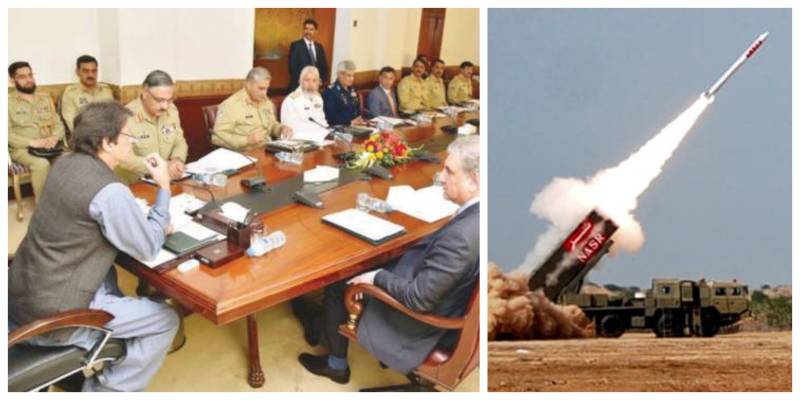 ISLAMABAD - In the wake of aggression by the Indian air force, Prime Minister Imran Khan has convened the meeting of National Command Authority on Wednesday.

Foreign Minister Shah Mehmood Qureshi confirmed that the top security-related body would meet in the backdrop of violation of Line of Control by the Indian air force (IAF).

Tension between Pakistan and India escalated as Indian aircraft violated the Line of Control in the wee hours of Tuesday and Pakistan Air Force in a timely response whisked away Indian aircraft.

ISLAMABAD – A meeting of the National Security Council (NSC) with top civil and military leadership in attendance ...

The violation stirred a series of high-level meetings in Pakistan as Prime Minister Imran Khan presided over a meeting of National Security Committee which categorically clarified that  Pakistan will respond to Indian aggression at time and place of its choosing.

NCA is the apex civilian-led command to oversee the employment, policy formulation, exercises, deployment, research and development, and operational command and control of  Pakistan's nuclear arsenals.

The convening of 'extraordinary' meeting of NCA confirms that Pakistan is gearing up for a befitting response to any misadventure by India which is continuously whipping up war hysteria in the wake of Pulwama attack.

“There is a joint session of parliament and then the prime minister has summoned a meeting of the National Command Authority. I hope you know what the NCA means and what it constitutes,” Ghafoor added in his press conference on Tuesday.

Wednesday's meeting would be the first one to be chaired by Prime Minister Imran Khan since he assumed office in July last year.