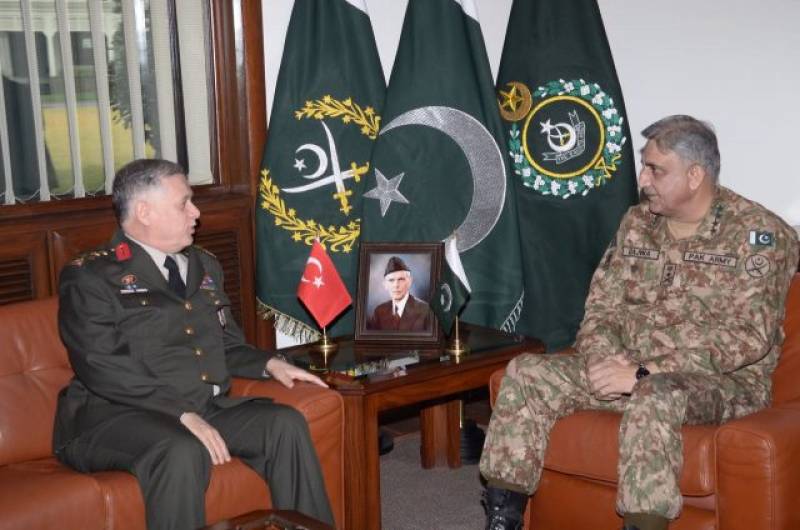 Matters of mutual and professional interests with the special emphasis on defence and security collaboration between the two brotherly countries were discussed, a press release issued by ISPR said.

The visiting dignitary appreciated the Pakistan Army's role in regional peace and stability and contributions towards defeating terrorism.