Muslim drivers may face a fine of Dh1,000 for praying on side of UAE roads 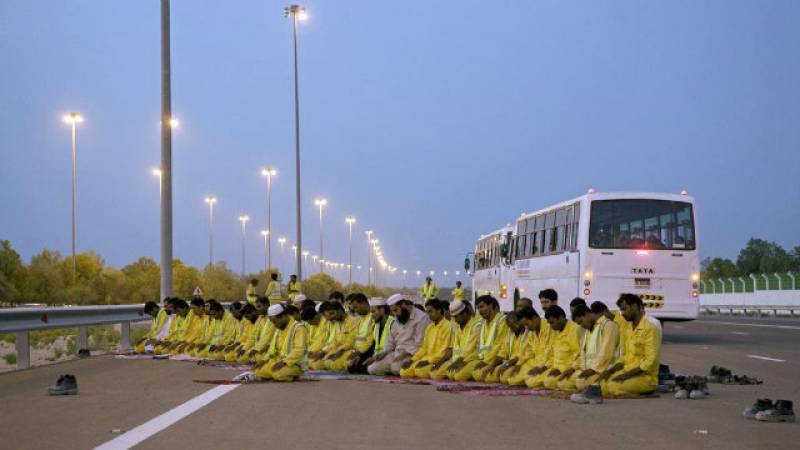 ABU DHABI - Pulling over to the side of the road to pray is not uncommon among bus drivers and other motorists in the United Arab Emirates. Now, however, they will most likely think twice before doing so in the nation's capital.

Police in Abu Dhabi have announced that drivers who stop their vehicles in undesignated places on the highways to pray will face a fine of Dh1,000 (about $272), according to Gulf News newspaper.

The measure is part of a campaign launched by the General Directorate of Abu Dhabi Police to raise awareness among motorists about the danger of offering prayers in undesignated places.

Deputy director of the city’s traffic department Salah Abdullah Al Humairi pointed out that devoted drivers could use mosques at a wide variety of locations. He said prayer facilities could be found at roadside restrooms, petrol stations and residential areas. There was, therefore, no need for any driver to risk their own safety and that of other road users by stopping in undesignated places to pray, he said.

Under an amended traffic law, stopping a vehicle on a junction or corner or failing to take safety precautions in the event of a breakdown are both punishable by a 500 AED ($136) fine. Parking in a way that endangers other people can attract a fine of 400 AED ($108) Officers were particularly concerned about bus drivers leaving their large vehicles in inappropriate places for passengers to get out and pray.

Islam is the most prevalent religion in the UAE and it requires worshippers to pray five times a day - predawn, midday, afternoon, sunset and at night.