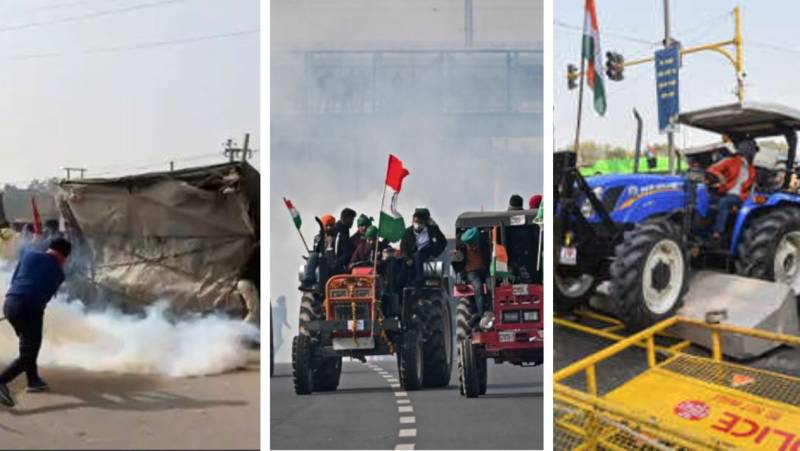 NEW DELHI – A rally attended by a large number of agitated farmers turned into a battlefield at Singhu and Ghazipur borders of New Delhi as police used tear gas to disrupt protesters on the Republic Day.

As per the schedule, the agitating farmers marched on tractors and on foot from the outskirts of the capital.

Police in a bid to stop the protesters, blocked several routes and as the farmers decided to enter the capital, the police launched baton charge and fired tear gas.

The brutality of the @DelhiPolice !!

At least 40,000 police and paramilitary personnel have been deployed near the three borders to stop farmers from entering the central and New Delhi areas.

Earlier, authorities had agreed to let farmers stage rally as long as they waited for the military parade to finish.

Multiple rounds of negotiations between the government and the farmers’ unions have failed over the months. They have demanded the government repeal the laws, but the BJP-led government seems adamant to approve any of the demands.