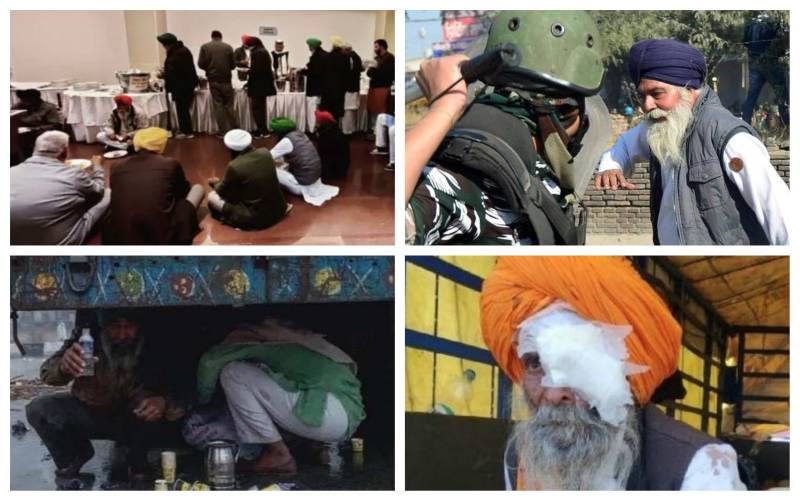 NEW DELHI – Deadlock among protesting Indian farmers and New Delhi continues as the farmers’ organizations representatives refused to eat with the Union Ministers.

Thanks But no Thanks; protesting farmers said we do not need your food as we have brought our own. The protesting farmers pledged to continue blocking central highways linking New Delhi with the rest of India after the seventh round turned nothing but a failure like the previous sessions.

Agriculture Minister Narendra Singh Tomar said he remains hopeful of a solution in the next meeting on January 8 but stated that efforts need to be made from both sides to resolve the ongoing solution.

#WATCH | Delhi: Farmer leaders have food during the lunch break at Vigyan Bhawan where the talk with the government is underway. A farmer leader says, "We are not accepting food or tea offered by the government. We have brought our own food". pic.twitter.com/wYEibNwDlX

The BJP-led government is still adamant that it would not consider taking back the laws, but offered to form a committee to debate on the outstanding demands.

The farmers, who have repeatedly refused both proposals, confirmed that they won't take back their movement.

Social activist Yogendra Yadav tweeted after the seventh round of talks between farmers and the state. He wrote, the government failed to hear the words of the farmers till now. We just want the government to revoke these anti-farmer laws.

The Indian media said that the first hour of the seventh-round focused on the three laws while the other key demand of farmers for a legal guarantee to the MSP procurement system did not come up for discussions.

Updating on the current situation of the ongoing agitation, Bharatiya Kisan Union leader Rakesh Tikait said, our demand is the repeal of these laws. We will not agree to any alternatives whatsoever.

The protest at the Singhu border of Delhi continues for day 40 and four more farmers have died over the past 24 hours, raising the toll to sixty so far.

Lambasting at the fascist government, BKU leader Rakesh Tikait said “Sixty farmers have died and there can be no going back on the demands now. The agenda will be the Swaminathan Committee report, the repeal of the three farm laws, and the law for MSP. We will not go back. The government will have to reply.

Thousands of farmers protesting against unjust agriculture laws imposed by the Modi government have announced to march on New Delhi on the occasion of Republic Day on the 26th of this month.

The farmers' union said the Modi government has two options either repeal the unjust farm laws or use force on us to evict us. The union leaders at a joint press conference said the time has come for decisive action.

NEW DELHI - Hundreds of women have joined the blockade of key highways leading to New Delhi as the protests by farmers ...

On Sunday morning, heavy rains lashed parts of the national capital leading to waterlogging at various places and also affecting the protest sites.