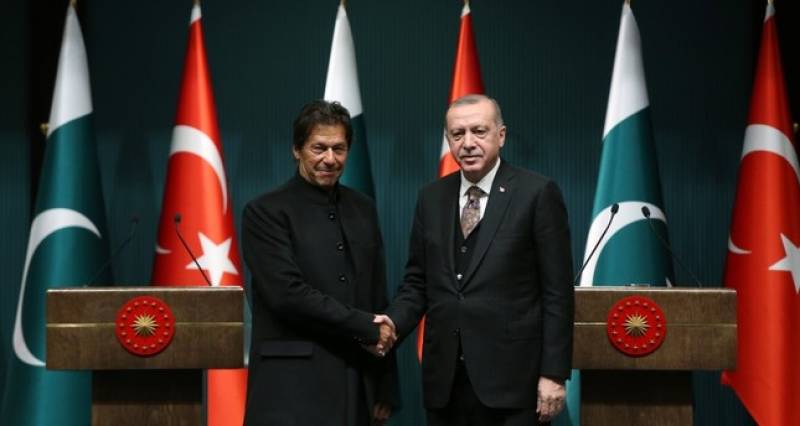 Turkey’s Presidential Communications Directorate said Erdogan wished God’s mercy on those who lost their lives and a speedy recovery to the wounded affected by last Sunday's DI Khan, and conveyed his condolences to the Pakistani people; according to a statement, Erdogan and Imran also discussed bilateral relations and regional issues.

The prime minister's office has yet to issue a press release about the discussion, however, diplomatic sources say the discussion centered around Kashmir issue as well as the ongoing Afghan peace process.

Prime Minster Imran Khan has recently returned from the US after discussing Afghan peace process as well as other issues with President Donald Trump.

A day earlier, Taliban spokesman had confirmed that the group was willing to visit Pakistan to meet Imran Khan if invited; Premier Khan had expressed that he would meet Taliban to help end the war in Afghanistan.