First day of women driving in Saudi Arabia, did a woman actually crash her car? 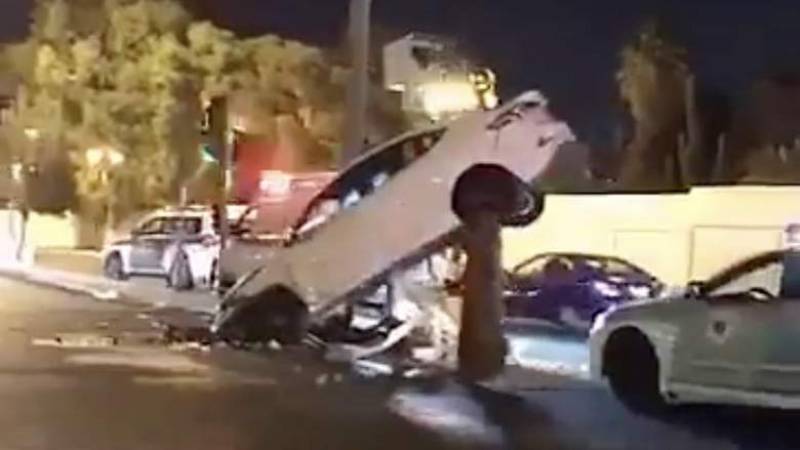 JEDDAH - Saudi Arabia security forces have denied the involvement of any woman in a recent horrific accident in the Kingdom following the end of the ban on female drivers.

A video of the deadly road mishap went viral on social media, showing a car that appears to be impaled on rods of a metallic roadside barrier, with a claim that the vehicle was driven by a female.

The controversy comes as the Saudi government scraped decades-long ban on women drivers.

RIYADH - Saudi women are officially allowed to drive from Sunday, after a decades-old driving ban was lifted. The ...

The lifting of the ban, which follows a sweeping crackdown on women activists, is part of Crown Prince Mohammed bin Salman’s reform drive to modernise the country.

However, security forces sharing details of the incident clarified that the vehicle was being driven by a male.

A  Tabuk-based Red Crescent spokesperson said, "The operations room received a tip off that a 30-year-old man had an accident in Tabuk area. He was transferred to King Khalid hospital and is now in stable condition."