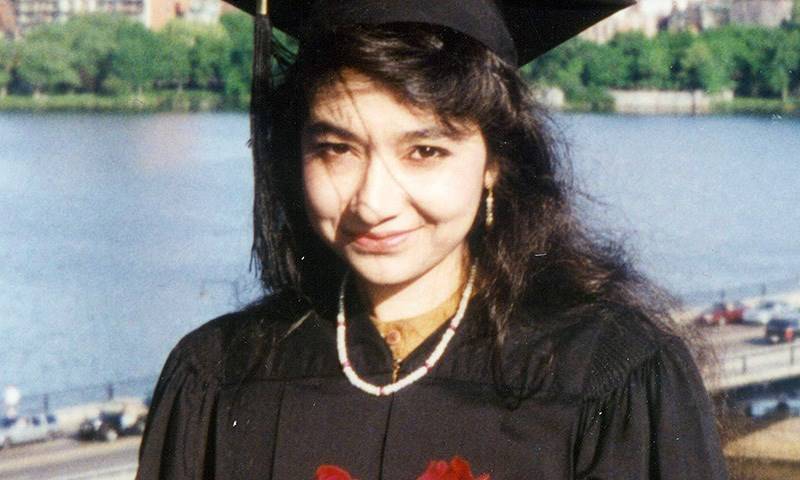 ISLAMABAD - The Supreme Court of Pakistan rejected a petition on Monday that called for repatriating Dr Aafia Siddiqui, who is imprisoned in the United States.

In her petition, Fowzia requested the court to order the government to ratify international treaties including the convention on the transfer of sentenced persons or the inter-American convention on serving criminals sentences abroad.

'Ratifying these treaties were necessary for repatriating Dr Aafia Siddiqui and other Pakistani prisoners as soon as possible, the petitioner contended.

However, the top court was not impressed by the arguments and while dismissing the petition, the bench wondered how Pakistan’s apex court could direct the US authorities in this regard, ordering the petitioner to approach a US court to address her grievances.

“We took up the matter just to know if she is alive or not. It is learnt that she is alive … We cannot do anything in this matter,” Justice Nisar said in clear-worded remarks.

WASHINGTON - Pakistani scientist, Aafia Siddiqui has revealed that she was repeatedly subjected to physical as well as ...

The top judge observed that there was no way the apex court could order authorities of an independent state to repatriate a prisoner.

The petitioner’s counsel pressed the bench for action by citing Article 4 of the Constitution, however, the bench noted that the article was not applicable in this case by any extension.

The Article 4 stipulates: To enjoy the protection of law and to be treated in accordance with law is the inalienable right of every citizen, wherever he may be, and of every other person for the time being within Pakistan.

'We could not order Pakistan’s embassy to take up the matter with the US authorities,' remarked the bench.

The dismissal irked Fowzia Siddiqui, who left the courtroom in tears.

Though the petition stands dismissed, it did bear fruit in terms of an official interaction between imprisoned Siddiqui and Consul-General Aisha Farooqui who visited the medical center in Carswell, Texas recently.

After the visit, a confidential report submitted before the top court maintained that Dr Aafia was subjected to physical and sexual abuse during her detention.

The report recommended diplomatic authorities to take up the case at the highest levels to devise a way for repatriating Dr Aafia so she could complete the remaining term in Pakistan.

The classified report, which made its way to the mainstream media, presented details about miserable conditions suffered by Dr Aafia, including her struggle to protect her dignity, integrity and respect.

ISLAMABAD - The Foreign Office of Pakistan has reportedly contacted the United States Department of State over alleged ...

Dr Aafia Siddiqui, convicted in 2010 on charges of attempted murder and mounting an assault on US military personnel, is serving an 86-year sentence at the Federal Medical Centre, Carswell, Fort Worth in Texas.