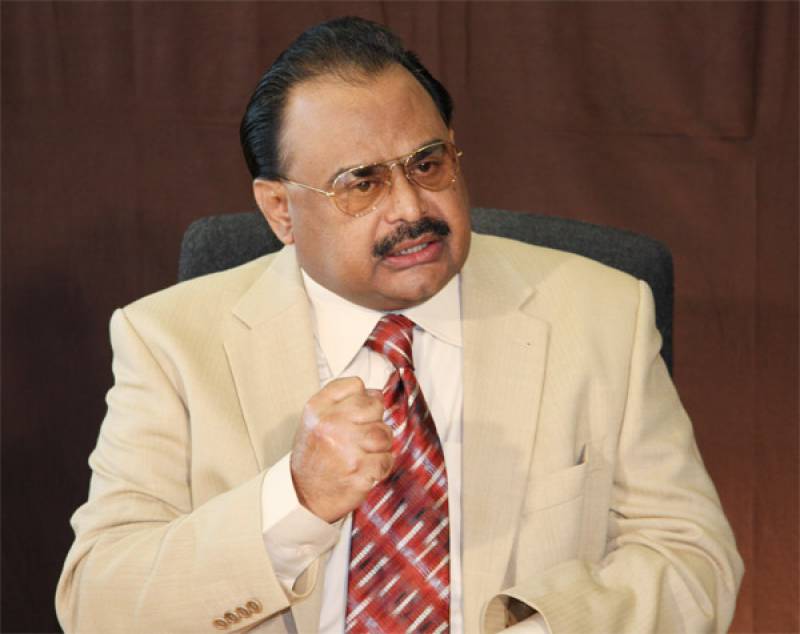 Hussain was responding to Khan’s earlier statement in which the PTI chief claimed that next he will go to Karachi and stage a rally to defeat Altaf.

The MQM chief went on to say that MQM is a public party that represents millions of people, adding that the party cannot be finished with dirty tactics and poisonous propaganda against it.

He further said conspiracies are being hatched to corner MQM against a wall.

Altaf also said that there is zero tolerance for any criminals in MQM and that he is against terrorism and disagrees with violence.