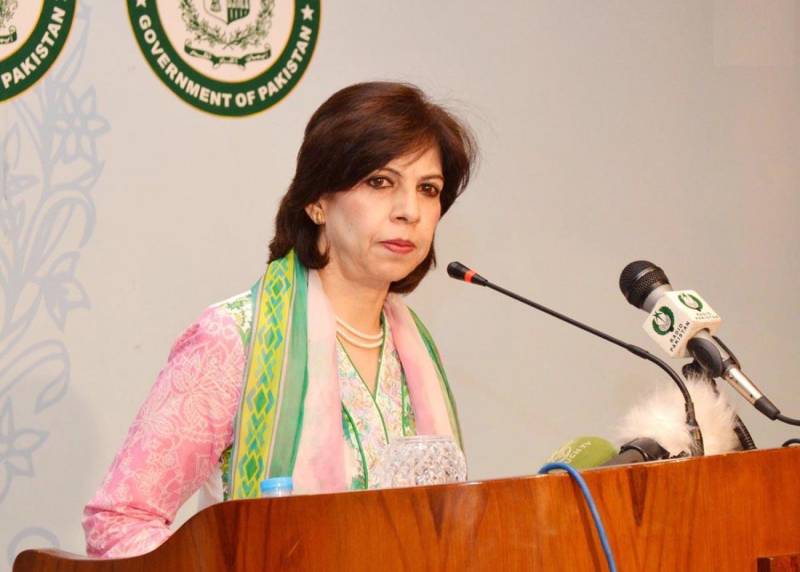 ISLAMABAD (Web Desk) - The Foreign Office confirmed on Thursday that Saudi Arabia has contacted Pakistan to provide assistance to overcome the ongoing crisis in Yemen.

Saudi Arabia and Gulf region allies on Wednesday night launched a military campaign in Yemen, the beginning of what a Saudi official said was an offensive to restore a Yemeni government that had collapsed after rebel forces took control of a large area of the country.

Gulf broadcaster al-Arabiya TV reported that the kingdom was contributing as many as 150,000 troops and 100 warplanes to the operations and that Egypt, Jordan, Sudan and Pakistan were ready to take part in a ground offensive in Yemen.

Foreign Office Spokesperson Tasnim Aslam said the Saudi request to become part of its coalition against Yemeni rebels is currently being examined.

When asked about the registration of case by India against Hurriyat leader Asiya Andrabi for singing Pakistani national song, the spokesperson said the Kashmiri people have a special love for Pakistan. The registration of case against the Hurriyat leader reinforces that the people in Occupied Kashmir are being subjected to suppression and denied the right to express their views and sentiments.

"Jammu and Kashmir is a disputed territory. Future of the territory is to be decided by the people of Jammu and Kashmir through exercise of free and fair plebiscite as guaranteed by the UN Security Council resolutions,"the spokesperson held.

On the Samjhota train attack case, the spokesperson said the bereaved Pakistani families still await justice despite lapse of so many years.

To a question, Tasnim Aslam said the Chinese president will soon visit the country. The dates of his visit will be announced simultaneously in Beijing and Islamabad.

During the visit, the two sides will review the whole gamut of bilateral relations as well as regional and international matters of common interests, she said, adding the two countries will also sign some important agreements in order further cement the friendly and strategic relations.