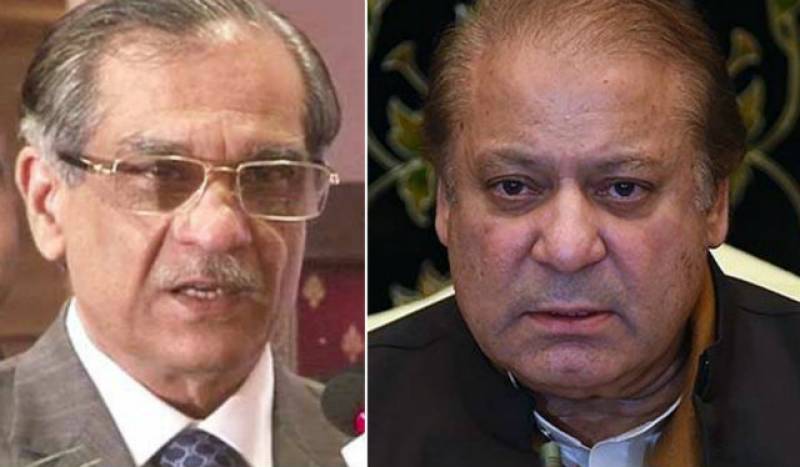 A three-judge SC bench headed by CJP Nisar dismissed the application remarking that ‘Nawaz Sharif does not hold any public office anymore’ hence the case is ineffective.

“Tell me what do you have against Nawaz in the case? Has he done out-of-turn promotions? He does not hold any public office anymore, so what action do we take against him?” the CJP questioned.

Earlier, the CJP had said that the top court would take notice of the ousted premier’s anti-judiciary speeches at an “appropriate” time. The CJP expressed these views in response to a journalist’s query of why the SC is not taking notice of Nawaz’s speeches during the hearing of the suo motu case of eight-year-old Zainab’s rape and murder in Kasur.

“There is a proper time to take action in any matter,” remarked the CJP. He also said that they are not showing restraint, but will take notice in the matter at an ‘appropriate’ time.

“When we will decide to take notice no power in the world can force us to stop,” the CJP concluded.

Meanwhile on Monday, the Lahore High Court (LHC) accepted a petition to ban the ousted PM’s anti-judiciary speeches and fixed the hearing for April 2, before a three-judge bench.

The petition, submitted by Barrister Javed Iqbal Jaffery, stated that the rhetoric used by Nawaz Sharif in his speeches was in direct contempt of the court. The petition further stated that the transmission and publication of all such speeches should be banned, citing the example of the ban on broadcast of Altaf Hussain’s speeches.

In December last year, ousted premier Nawaz Sharif announced a campaign against what he called the “double standards” of the judiciary.