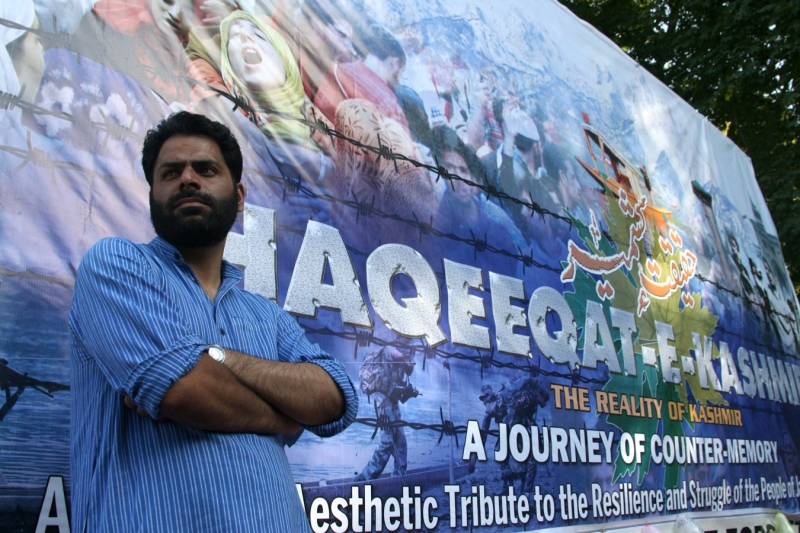 SRINAGAR - A court in Indian occupied Kashmir yesterday ordered release of a Kashmiri human rights activist Khurram Parvez, who was arrested on charges of involvement in activities against the public order.

The release came after the authorities failed to provide any evidence against Pervez who got arrested two months ago as he was heading to Geneva for attending a conference.

The 39-years-old Khurram Parvez, coordinator of the Jammu Kashmir Coalition of Civil Society (JKCCS) has long campaigned against human rights violations committed by state forces in the restive Himalayan region of Jammu and Kashmir.

Human rights groups deplored his arrest in September, as well as the United Nations, who said Parvez's detention was a deliberate attempt by Indian authorities to bar him from working.

The Jammu and Kashmir High Court quashed the detention order against Parvez saying police had exploited their position and did not have enough evidence to detain the activist.

“What emerges is that the detention of (Parvez) is not only illegal but the detaining authority has abused its powers in ordering his detention,” said an order by Justice M H Attar.

Police officials however kept mum over the decision besides failing to confirm as to when his release would be executed.

The JKCCS has published research into the role of Indian security forces in containing a separatist insurgency in India's Kashmir state that first flared a quarter of a century ago.

Parvez was stopped by authorities at New Delhi airport on September 14 when he was on his way to Geneva to attend the UN Human Rights Council.

Dozens of civilians have been killed and thousands wounded in months of clashes between protesters and security forces in Kashmir state, sparked by the killing of a fighter Burhan Wani.