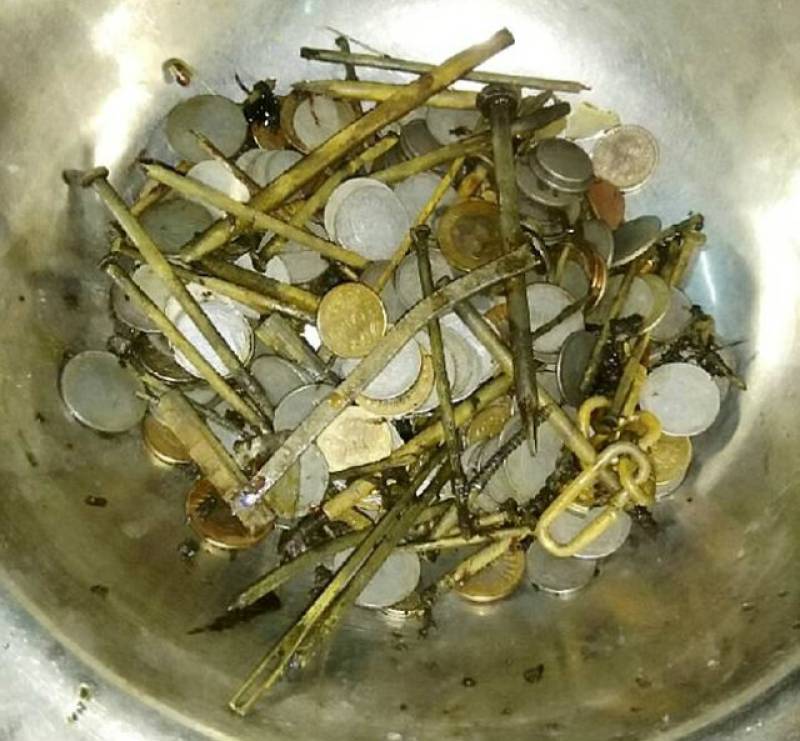 BHOPAL - Doctors in central Indian state of Madhya Pradesh have been amazed to find hundreds of coins, 1.5kg of nails, dozens of shaving blades, shards of glass, stones and a six-inch piece of rusted iron shackle in a man’s stomach who complained of food poisoning.

Maksood Ahamad Khan, 35, was admitted to hospital with abdominal pains and doctors performed an endoscopy to investigate the cause. 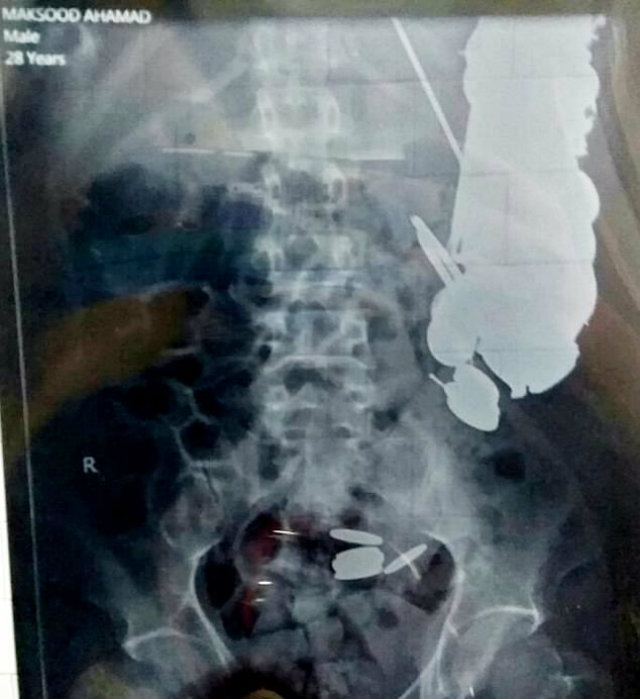 According to the doctors, Khan worked as a three-wheeler driver and would often swallow coins given to him by customers. He had been complaining of stomach pains for three months.

Relatives say he had slipped into a depression and might have got hooked on eating metal objects.

Amazingly, the coins and nails never caused any pain or problem initially.

Khan is now out of danger and has vowed not to ingest any of the objects again.

In 2015, a similar case was reported Bathinda where doctors removed 40 coins, 150 nails and a handful of nuts, bolts and batteries from the stomach of a 34-year-old man.