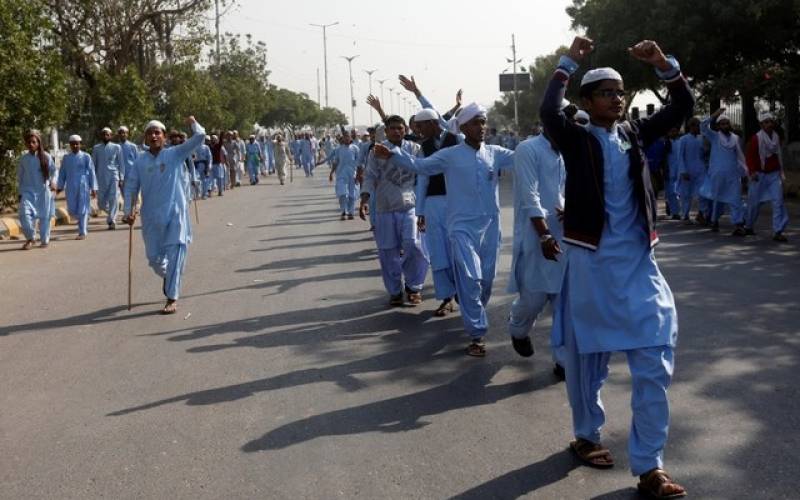 Protests are being held in Sindh, Punjab and Khyber Pakhtunkhwa. Due to protests, Traffic jams were seen in many cities, resulting in the commuters and ambulances being stuck for hours.

Protesters also faced off with security forces in Multan, Sialkot, Bahawalpur, Jehlum, Rahim Yar Khan, Hafizabad and other cities. In these face-offs, one person was reported dead and seven were reported injured when protesters attacked a police station in Hafizabad.

In another face-off, in Gujranwala, two policemen were injured.

Manshera, Swat, Mardan in KP as well as Mirpur Azad were also affected by sit-ins.

In Karachi, there were several encounters between security forces and enraged protestors. At least 30 people were reported injured in different areas of Karachi. The road going towards the airport has been blocked by the protestors.

The protests across the country continue today.