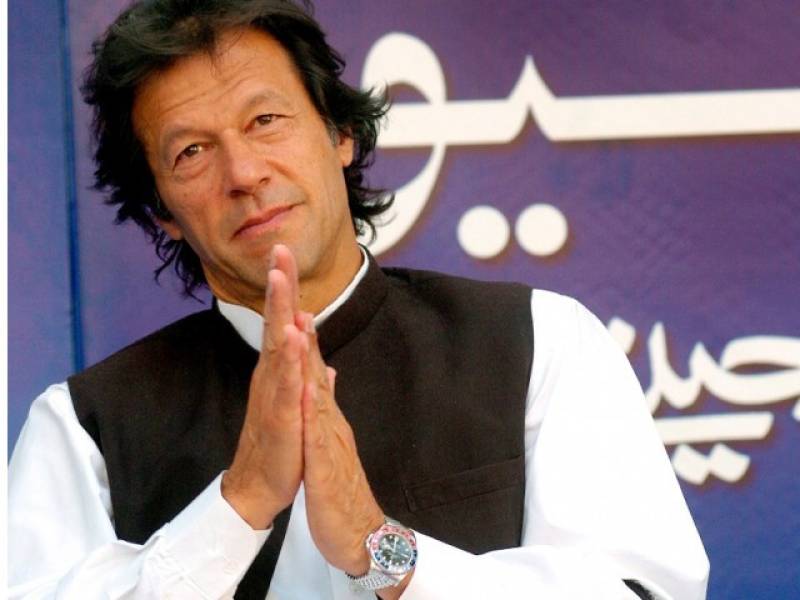 ISLAMABAD - Pakistan Tehreek-e-Insaf (PTI) Chairman Imran Khan apologised in writing to the Election Commission of Pakistan (ECP) in the contempt cases after he appeared for the first time before the commission on Thursday.

Flanked by his political secretary Awan Chaudhry and PTI's spokesperson Naeemul Haque, the PTI supremo arrived at the ECP headquarter where he was received by party's Secretary General Jahangir Tareen and Secretary Information Fawad Chaudhry.

During today's hearing, two cases related to contempt of court were scrutinised and PTI head submitted apology regarding both the cases.

The election regulator after having received the apology winded up the matter but remarked that the comments of Imran Khan made on September 20th were severe.

Talking to newsmen after the proceedings, Imran Khan expressed his joy for the conclusion of the case and claimed that his criticism was intended for the improvement of state institutions.

He exclaimed that his demand regarding the scrutiny of four constituencies was for the betterment of upcoming elections.

'I am striving hard in the political realm for 21 years' declared Imran Khan and added that he took aim at the ECP, not for personal grudges but for the transparent electoral process.

Khan went on and said that the motive behind months-long sit-in was for fair elections.

The petitioner against Imran Khan, a founding member of PTI Akbar S Babar who had moved the election regulator regarding the foreign funding of Party, also arrived at the ECP.

After multiple summons and directions by the election regulator, the PTI chief did not show up before the commission and filed petitions in the Islamabad High Court to put a halt to the proceedings against him in the ECP.

However, ECP issued non-bailable arrest warrants against Imran on October 12 following which the party chief decided to 'voluntarily' appear before the election regulator.

Despite the fact Warrants issued by EC are suspended by High Court n no need of appearce,chairman @ImranKhanPTI shall appear before EC #PTI