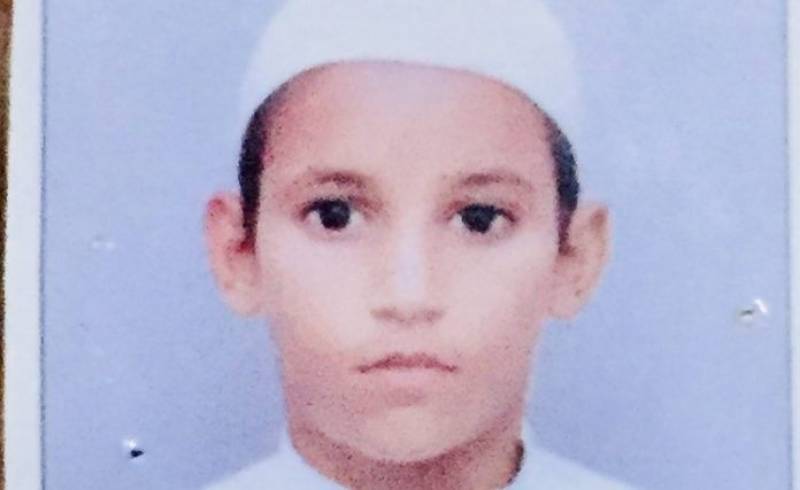 NEW DELHI - In what can be termed a hatred against a minority, a minor Muslim boy was killed in broad daylight on Thursday by the four Hindu children in New Delhi.

The deceased identified as 8-year-old Azeem was a student of a madrassa named Dar ul Uloom Faridiya.

He was playing cricket with other students of the madrassa in a vacant plot near the seminary when a group of Hindu children from the nearby areas aged, 10-12, attacked the students who were playing.

During the incident, the attackers threw Azeem on a motorcycle rickshaw parked near the plot and the minor student fell unconscious on the spot.

The other students ran back to the madrassah-cum-mosque to call the cleric. The unconscious boy was taken to the hospital where he was declared dead by the doctors.

In a video circulating of social media, the madrassah cleric said that they were running the seminary since 1988 in the area, adding that the local extremist Hindus wanted to occupy it by spreading hate against Muslims and religious disharmony. "They [Hindu people] used to attack our children and elders," he said.

The madrassa-cum-mosque have repeatedly been vandalized by Hindus and empty whiskey bottles are often thrown inside the seminary premises to disturb the Muslim, he said.

The cleric added that the police have not taken any action against the brutal act so far.