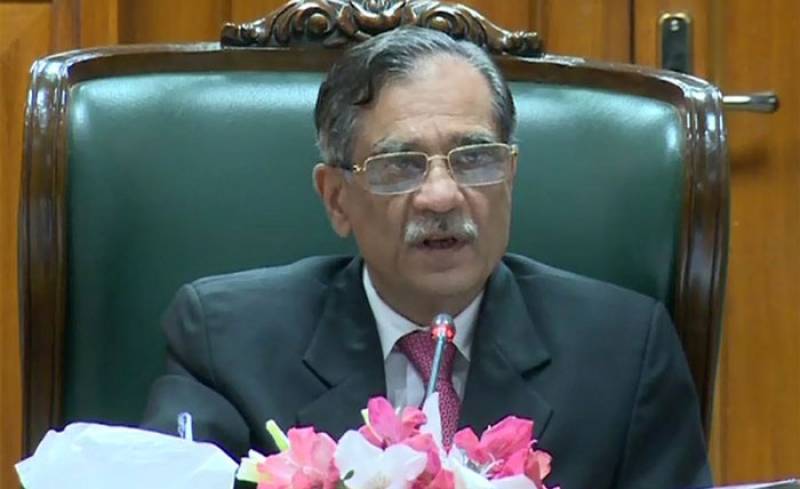 During the hearing of the case pertaining to the fake accounts which were used to launder over Rs100 billion out of Pakistan at apex court's Karachi Registry, the chief justice was informed about the poor cooperation by the Sindh government other departments in the investigation.

ISLAMABAD - The Supreme Court has ordered the formation of a joint investigation team (JIT) to probe into an ongoing ...

To which, the top judge asked to meet the chief minister in his chamber to discuss the matter about non-cooperation complaints, adding that he was not summoning Murad.

Joint Investigation Team (JIT) head Ahsan Sadiq and other officials were present in the court during the hearing.

Chief Secretary Sindh, who was also present, said that the JIT has been provided with all the documents for the probe in the case.  The JIT head acknowledged that the documents have been received.

The chief justice remarked that strict action will be taken against the officials on not cooperating with the JIT.

The FIA is investigating 32 people in relation to money laundering from fictitious accounts, including Zardari and his sister Faryal Talpur. Zardari’s close aide Hussain Lawai and Anwar Majeed were also arrested in the case.

According to the details, over 20 ‘benami’ accounts at some private banks were opened between 2013, 2014 and 2015 from where transactions worth billions of rupees were made.

The amount, according to FIA sources, is said to be black money minted from various kickbacks, commissions and bribes.