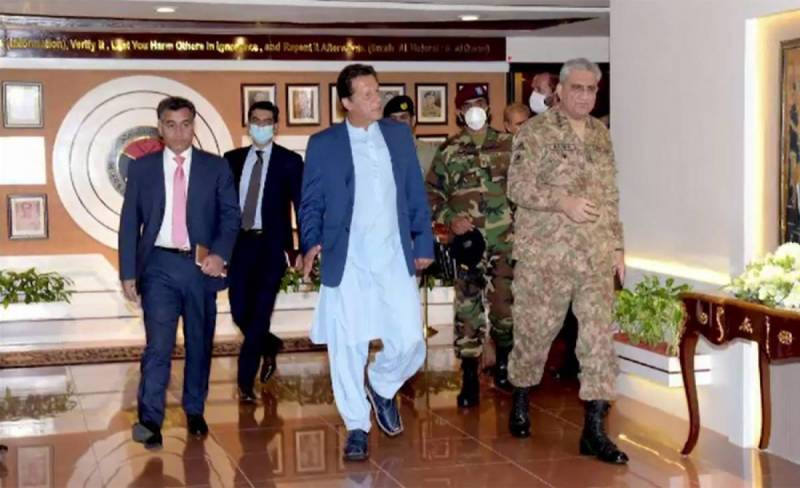 The premier and army chief held a separate meeting before they were joined by the top spymaster.

Reports said that the civil and military leadership discussed internal law and order situation in the country, besides touching on regional security situation.

Last month, PM Imran Khan and Gen Bajwa visited ISI headquarters where they were given a "comprehensive briefing" on national security and regional dynamics amid developing situation in Afghanistan.

The meeting had also been attended by key federal ministers and chief ministers of Balochistan and Khyber Pakhtunkhwa and top military officials.