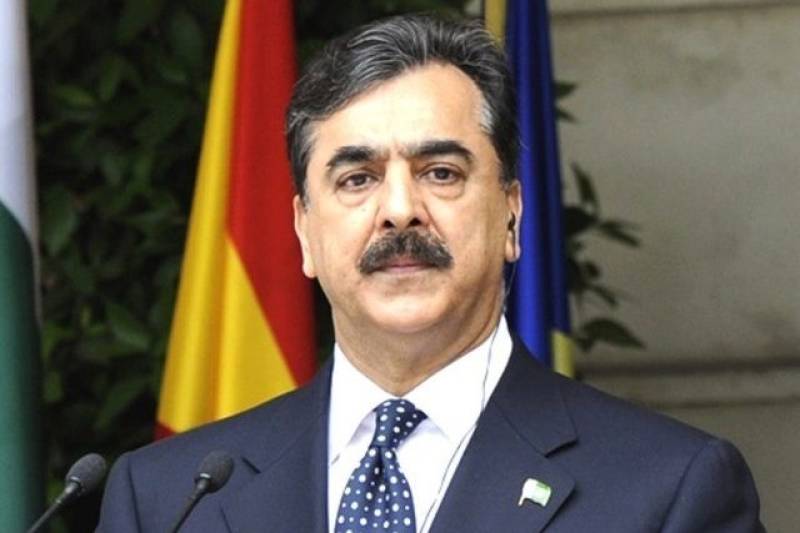 ISLAMABAD - Former prime minister and Pakistan Peoples Party (PPP) leader Yousuf Raza Gilani appeared before an accountability court on Wednesday in a reference pertaining to the misuse of authority and submitted a petition for permanent exemption from appearing before the court.

Accountability court Judge Arshad Malik had summoned Gilani in connection with the case after the National Accountability Bureau (NAB) Rawalpindi earlier this month filed a reference against the former premier over the misuse of authority.

In its reference filed in the accountability court of Rawalpindi, the accountability watchdog had accused Gilani and chairman of Pakistan Electronic Media Regulatory Authority (Pemra) Saleem Baig of misusing authority in approving a tender to Inam Akbar regarding the USF (Universal Service Fund).

As the hearing went underway, the PPP leader said that the contract awarded for Ministry of Information and Technology’s advertisement was in compliance with PEPRA (Public Procurement Regulatory Authority) rules.

"I am also appearing before Karachi courts in four different cases," he further said.

The court issued notice to NAB and directed antigraft watchdog prosecutor to submit a reply on Gilani's request during the next hearing.

The court also directed Gilani to submit surety bonds worth Rs1 million to ensure his appearance.

The hearing of the case was then adjourned till October 22.