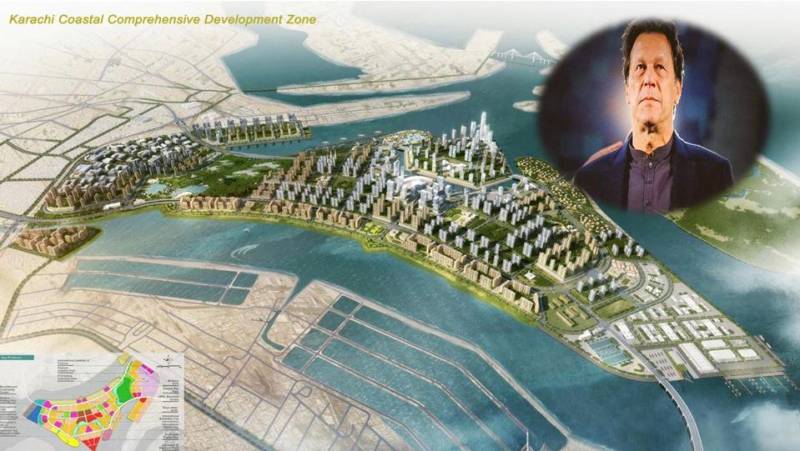 Prime Minister Imran Khan said on Sunday that making the Karachi Comprehensive Coastal Development Zone (KCCDZ) part of the China-Pakistan Economic Corridor (CPEC) would prove a game changer and make Karachi a port city on a par with the port cities of the developed world.

In a tweet, the Pakistani prime minister said the project would clean up the marine habitat for fishermen, develop 20,000 low income housing units and create opportunities for investors.

Pakistan, China agree to include KCCDZ into CPEC framework

Earlier, Pakistan and China agreed to include the multi-billion dollar KCCDZ part of the CPEC framework.

According to an official statement issued by Pakistan on Saturday, "The monumental decision was taken during the 10th Joint Cooperation Committee (JCC) on CPEC, held on 23rd September 2021 at Islamabad and Beijing."

The government statement said that KCCDZ, an initiative of the Ministry of Maritime Affairs, focused on providing Karachi with an ultra-modern urban infrastructure zone, placing Karachi amongst the top port cities of the world.

The first of its kind, KCCDZ will be built on direct Chinese investment in partnership with the Karachi Port Trust (KPT). The quantum of the expected investment is around $3.5 billion.

The statement said, "Developed on reclaimed area of approximately 640 hectares on the western back waters marsh land of KPT, KCCDZ will be a flagship project for not only Pakistan but the entire region."

KCCDZ will also provide residential resettlement to more than 20,000 families living in the surrounding slums, "in accordance with PM Imran Khan’s vision for promoting low-cost housing", the statement said.

The statement added, “It will also house a state-of-the-art fishing port, with a world class fisheries export processing zone to boost Pakistan’s trade potential. It will also drastically improve the marine ecosystem and reduce pollution by establishing a water treatment plant at the mouth of the Lyari River.

“KCCDZ will connect with the rest of Karachi through a harbour bridge rising from behind Pakistan’s deepwater port, with exit ramps for Manora Islands and Sandpit beach.

The statement says, "KCCDZ will unlock Pakistan’s unexplored blue economy and significantly enhance development and industrial cooperation between the two brotherly countries. KCCDZ is a game changer for Pakistan."

A number of projects under the CPEC, including those in the power sector, are currently facing delays for various reasons such as the ongoing pandemic and surplus generation capacity.

The multi-billion dollar economic cooperation had not been able over the last three years to maintain the impetus that delivered a series of power plants and other infrastructure projects in the first phase of the CPEC implementation.

However, minister for planning and special initiatives Asad Umar rejected a perception that CPEC had been slowed down over the past three years and claimed the major work on the corridor projects had been completed during the tenure of the current government.

“In fact, real work on western corridor of CPEC has been started by our [PTI] government,” Umar said last week, adding that instead of waiting for the Chinese loans the government has started work on the projects from its own resources under the PSDP.