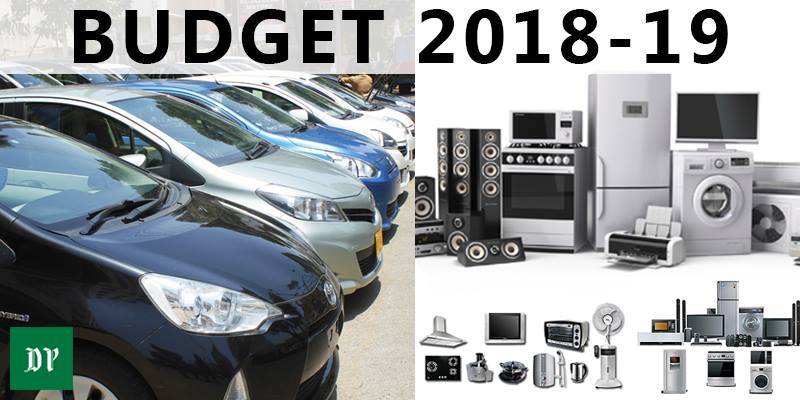 ISLAMABAD -  The federal government has announced a reduction in prices of automobiles and home appliances in Budget 2018-19.

The customs duty on the import of electronics and electric cars have been reduced.

Miftah highlighted the efforts made by the government to revive the automobile industry, which, according to him was in shambles after Pakistan Muslim League Nawaz assumed office.

The auto sector has truly benefitted in the last five years, witnessing a phenomenal increase in sales that has prompted fresh investments and expansion plans in the industry, said the Finance Minister.

Let it be known that the current year’s budget is the first one under the chair of Prime Minister Shahid Khaqan Abbasi.