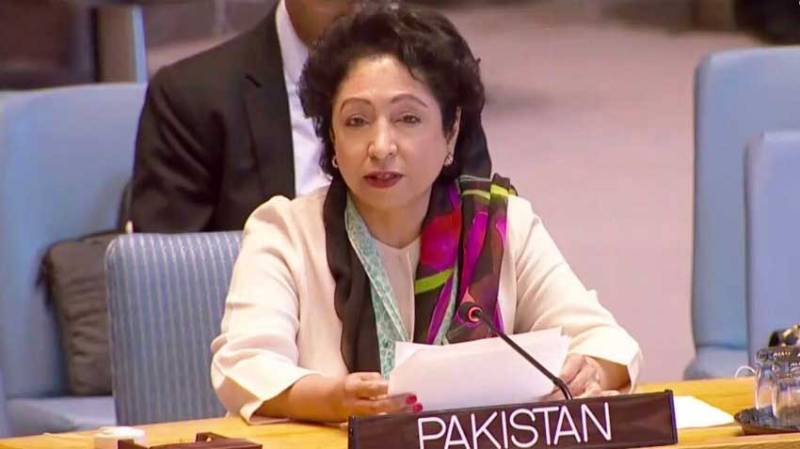 NEW YORK - Pakistan has called for greater international efforts to address the root cause of conflicts across the world.

The Radio Pakistan reports that while participating in a debate on Sexual Violence in Conflict at the UN Security Council, Pakistan's permanent representative in the United Nations Maleeha Lodhi said that foreign occupation creates the breeding ground for violence perpetrated by occupying forces against women.

She told the Council that Pakistan is deploying a female infantry engagement team in the Democratic Republic of the Congo next month.

Maleeha further said that Pakistan has achieved the goal of deployment of fifteen percent female staff officers in peacekeeping missions, thus fulfilling its responsibilities in accordance with the uniformed gender parity strategy and Security Council Resolutions.