Madrassas may be used as hideouts to attack state institutions, claims top cop 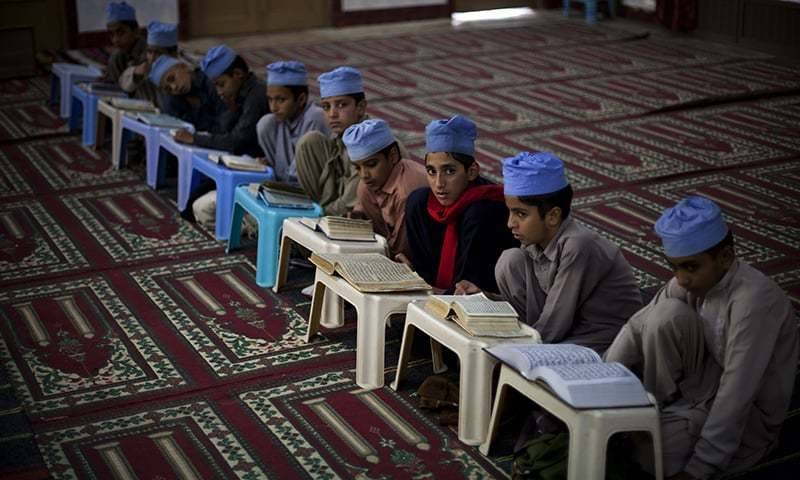 LAHORE (Staff Report) - A high ranking official of the Punjab police has claimed that militants will use madressah (seminary) as hideouts to launch armed struggle against law enforcement agencies in the country.

DPO Sohail Zafar Chattha, in a post on his Facebook profile, disclosed that basements are constructed inside the these seminaries that are out of the reach of law enforcement officials. 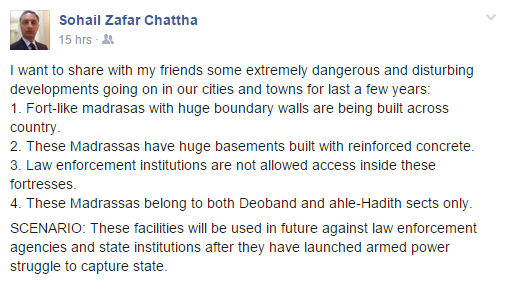 On condition of anonymity, another police official of Punjab told Daily Pakistan that these seminaries are also operating in Punjab.

Punjab Minister for Law and Parliamentary Affairs Rana Sanaullah said on Tuesday that not a single seminaries in Punjab reported to have any links with militancy.