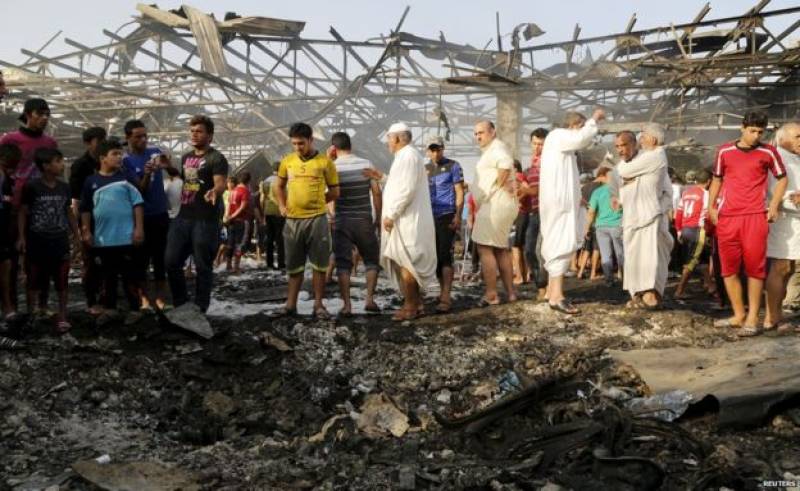 Gen Abdel Rahman Abu Ragheef was the deputy commander of operations in the strategically important province of Anbar, while Brig Safeen Abdel Majeed was a divisional commander.

An Iraqi offensive to recapture the city has been making slow progress.

The bombing happened in the Jerayshi area. 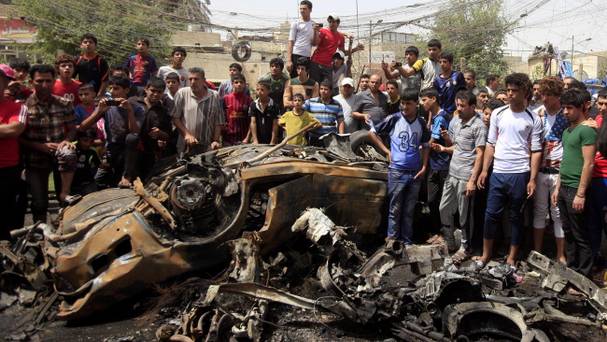 Brig Gen Yahya Rasool told state TV that the bomb went off as the army intercepted an explosives-laden vehicle which they believed was targeting them. "But the resulting explosion led to [their] martyrdom."

At least 10 others were wounded in the blast, he said.

The battle to recapture Ramadi is being led by the military and the police, supported by Shia militias, Sunni tribal fighters and US-led coalition air strikes.

The city was captured by Islamic State (IS) fighters in May - one of a series of embarrassing defeats inflicted upon Iraqi forces over the last year - and thousands of civilians fled.

The deaths of the two senior army commanders have caused a stir in Baghdad - where numerous political figures paid tribute to them - and will do nothing to improve the morale of state forces as they try to dislodge IS from Ramadi.

US Defence Secretary Ashton Carter said in May that the rout of Iraqi troops in a matter of days when the city fell showed that they lacked the will to fight.

Mr Carter told CNN that the Iraqis had chosen to withdraw despite the fact that they "vastly outnumbered" IS forces. 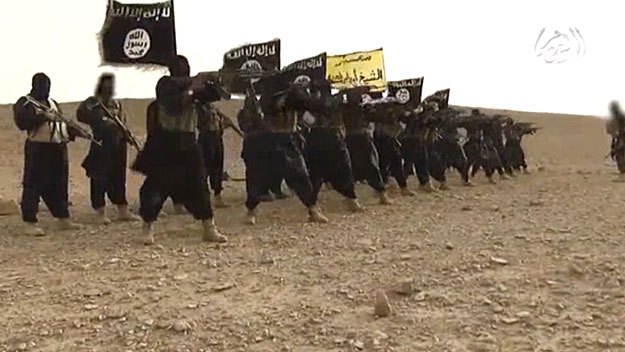 But Prime Minister Haider al-Abadi responded by saying that he was surprised at the US defence secretary's comments and that Ramadi would soon be recaptured.

Mr Abadi has however cleared the way for a court martial of military commanders who abandoned their posts at the city.