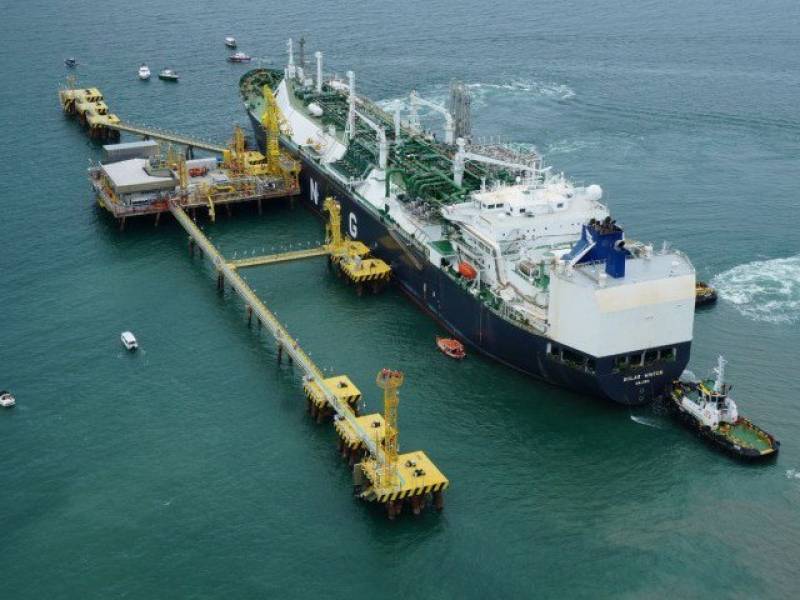 Addressing the event, Abbasi said the LNG Terminal-2 was established in a record 330 days. "If you don't add more gas into the system, you cannot fight the energy crisis," he insisted, adding that other methods to produce energy are either too expensive or too slow.

Talking about the challenges faced during the project, the prime minister said that many people had questioned it when it started but "Port Qasim came through" and the terminal started functioning in less than 14 months "which is exemplary."

The premier further said that previous governments had made several attempts to introduce LNG as a source of energy in the country, "but only the PML-N government had succeeded in doing so."

He said load-shedding will become history by end of November this year.

During the meeting with a delegation of businessmen a day earlier, the premier had said China-Pakistan Economic Corridor (CPEC) projects were the lifeline of economic development in Pakistan, hence the business community should take full advantage of the CPEC projects.

He arrived in Karachi on Saturday on a two-day visit.

Earlier in August, an official at the Ministry of Petroleum and Natural Resources said that imports by the LNG Terminal-1 on Port Qasim fulfill 25 per cent of the national gas shortage. The first terminal had received 102 shipments of LNG, the prime minister said.