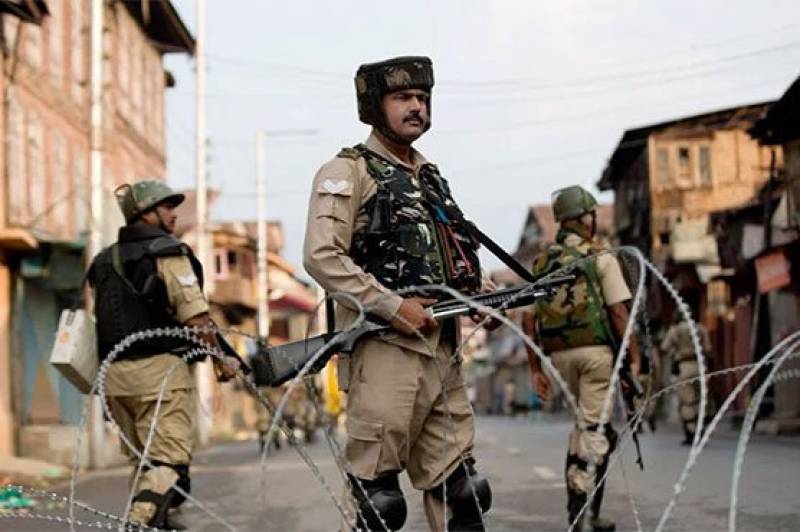 UNITED NATIONS – Pakistani Ambassador Maleeha Lodhi met the United Nations General Assembly President Maria Fernanda Espinosa, on Monday and briefed her on the grave situation in Indian Occupied Kashmir, which is reeling under tight lockdown for the past 23 days.

Ambassador Lodhi met the 193-member Assembly president at UN Headquarters in New York on her return from a foreign tour.

The meeting with Ms Espinosa was a part of the Pakistani envoy's continuing efforts to brief top UN officials and diplomat since August 5 when India's annexed occupied Kashmir. Pakistan denounced the "illegal" Indian move, saying it violates international law, and that the UN must intervene.

In a tweet, Ambassador Lodhi said she briefed the UNGA president "in detail about the grave situation in occupied Kashmir where the continuing curfew and lockdown is exacerbating the suffering of the Kashmiri people.

Met Maria Fernanda Espinosa , President of UN General Assembly & briefed her in detail about the grave situation in occupied Kashmir where the continuing curfew & lockdown is exacerbating the suffering of the Kashmiri people.UN should live up to its obligations on IOK pic.twitter.com/dF6IZVJJh5

"Residents of occupied Kashmir are facing acute shortage of life-saving medicines, essential commodities including baby food as they remain besieged in what has become the world's biggest prison. All internet, communications services and tv channels are closed in the region.

In her tweet, the Pakistani envoy also said that the UN should live up to its obligations on Kashmir.

The Kashmir dispute remains on the agenda of the UN Security Council, which has passed 11 resolutions that, among other elements, uphold the right of Kashmiri people to self-determination.

The UN has long maintained an institutional presence in the disputed state, with the areas under separate administration, divided by the Line of Control. The UN Military Observer Group in India and Pakistan (UNMOGIP) observes and reports on any ceasefire violations.