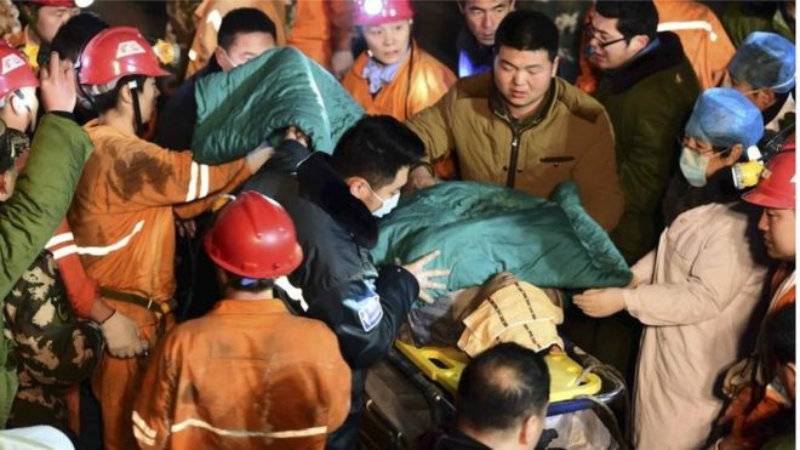 BEIJING (Web Desk) - The owner of a Chinese gypsum mine killed himself as rescuers try to reach miners who have been trapped for two days.

State media reported that the owner drowned after jumping into a well in an apparent suicide during rescue efforts for 17 workers still trapped after the mine collapsed on Friday and killed one person.

Quoting a morning briefing by the rescue command center, state media said Ma Congbo, president of Yurong Commerce and Trade Ltd. Co., was assisting with rescue efforts on Sunday morning when he jumped into a mine well and drowned.

China has a long history of industrial accidents. The latest incident comes days after a deadly landslide caused by construction waste in southern China.

Ma Congbo, the chairman of Yurong company which owns the mine, drowned himself by jumping into a mine well early on Sunday, China's Xinhua news agency reports.

His motive is not clear but the Chinese authorities have toughened the punishment of employers who are negligent, says the BBC's Stephen Evans in Beijing.

Mr Ma killed himself two days after the mine collapsed in Pingyi County's Linyi city, Shandong Province, just before 20:00 local time. It is not yet clear what caused the collapse.

Rescuers have drilled a hole to access some of the trapped workers, and are trying to transfer food and water, officials say. More than 700 emergency officials are involved in rescue efforts, according to Linyi Mayor Zhang Shuping.