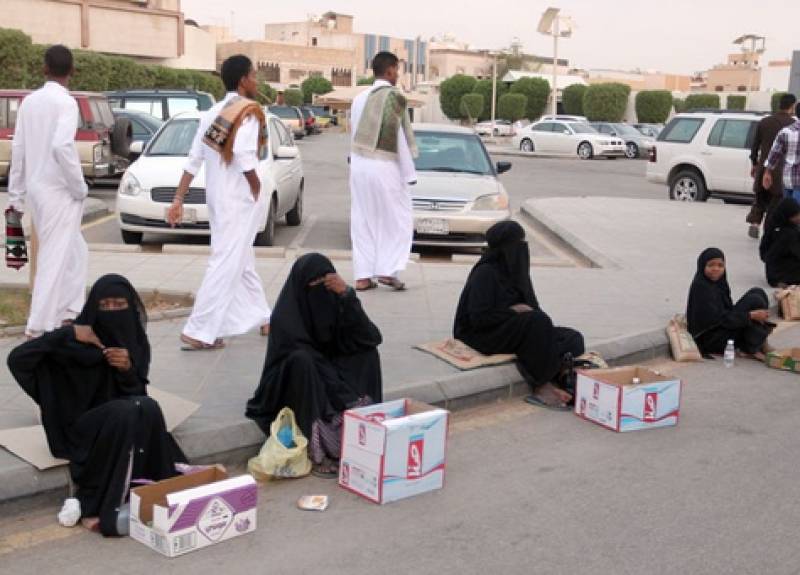 RIYADH - The government of Saudi Arabia has detained 18 Pakistani including women who were allegedly working as beggars in the country while taking action on intelligence reports.

The arrests came as Saudi authorities came to know of beggars mafia that reportedly sent 210 Pakistanis to the holy cities for minting money.

According to a report by Dunya News, most of the detainees were residents of Rahim Yar Khan and Dera Ghazi Khan. They have been kept in Madina jail with women in barrack no.56 and men in barrack no.47 while the search operation is still underway for the remaining 192 Pakistanis.

Meanwhile, the mastermind Mukhtar who used to oversee affairs in Madina has also been nabbed.

Mukhtar also revealed shocking details that the 210 people had been sent to Madina after visas were issued to them from travel agencies in Karachi and Rahim Yar Khan.

"The beggars stay in Madina till Hajj and have to earn 20,000-25,000 riyal. Half of the money goes to the organizers and the remaining are ours. Before coming to Madina, Jamal Khan from Dera Ghazi Khan and Dawai Khan from Karachi give us some amount in advance for our family. The amount is then deducted from the earnings of begging," he pronounced.

He went on to claim that the beggars were sent to Madina through Ali Shah travel agency of Rahim Yar Khan linked to Malik Iqbal although Malik Iqbal refuted the allegations adding that his agency followed the norms and laws regarding air-travel.