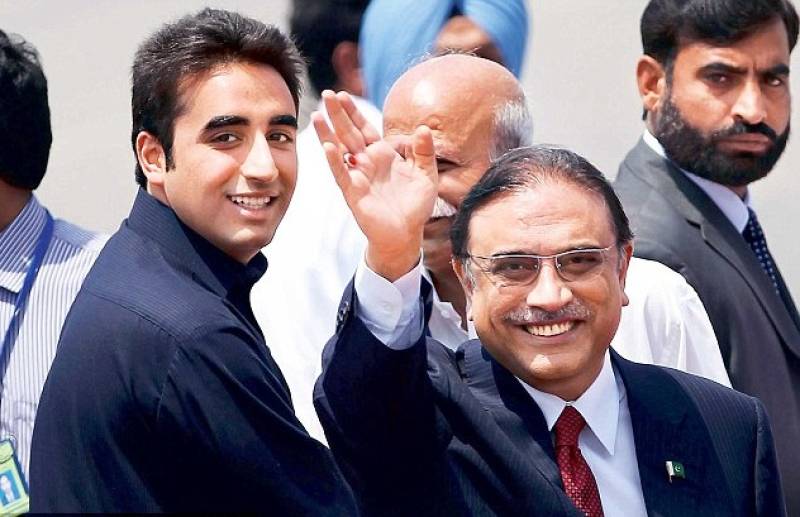 LARKANA - The 9th death anniversary of slain Pakistan People’s Party chairperson Benazir Bhutto will be observed today (Tuesday). PPP is set to 'surprise' its rivals regarding its future strategy, according to a statement by its co-chairman Asif Zardari.

Arrangements at Garhi Khuda Bakhsh have been finalised and as per the programme, there will be a public meeting to pay tribute to the leader as acknowledgement of her life long uphill struggle for the cause of democracy and protection of people's rights.

PPP Co-Chairman Asif Ali Zardari is expected to flay the PML-N-led federal government today, as earlier he had announced his intention to give a "surprise" to his competitors while addressing party workers at the Karachi Airport on December 23.

On the other hand, Bilawal Bhutto's deadline regarding his four demands is also ending today and no formal compliance has been made by the government in this regard. Bilawal had earlier hinted at taking to the streets in case the government failed to accept his demands.

Today's power show is pivotal for the PPP as former president and co-chairman PPP Asif Ali Zardari has recently arrived in Pakistan and is now steering the party. He is also in a position to jack up the pressure on the government regarding the Panama Leaks.

Sindh Chief Minister’s Adviser on Information Maula Bukhsh Chandio slammed the government on Monday, hinting that he would be giving a tough time to the Sharif family in line with PPP's agitation drive.

"We will announce today to fly against the wind. We hold Nawaz Sharif responsible for the irresponsible language of federal ministers. We do not criticise any minister, but will talk about who had let them loose," Chandio told the newsmen.

The Sindh government has made special security arrangements and arrangements to ensure smooth flow of traffic on thoroughfares in Sindh because convoys of ardent PPP supporters would be arriving from all over the country to attend the death anniversary.